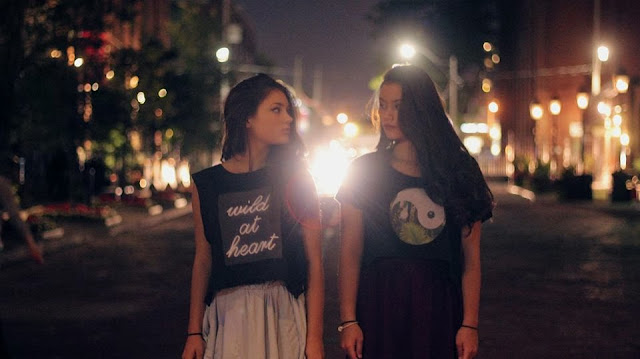 Nowadays, it seems like every girl wants to be a Tumblr girl. Loose tank tops, hip printed t-shirts…anything that look is completely grunge-chic meets bohemian rebel and could be categorized with the hashtag “artsy”. It used to be that girls could only dream about rocking the cool clothes  they lusted over online, but now Youth Apparel is bringing girls all over Canada something to get excited about! 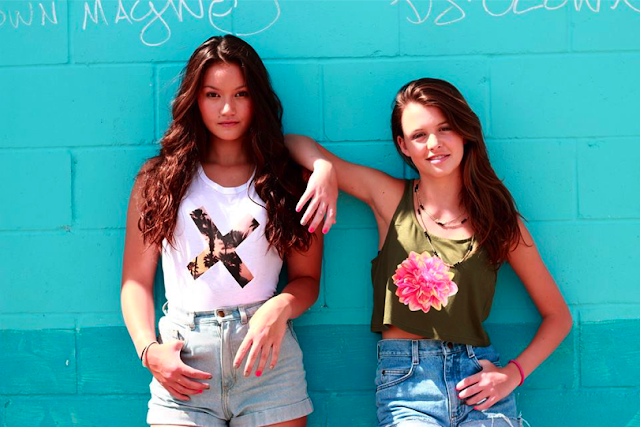 Youth Apparel was founded in March 2013 by two ambitious Toronto fashionistas, Stephan Adams and Amanda Rondinone, after countless hours of hard work and utter dedication. The best part? Stephan and Amanda are both only 15-years-old! The two became fast friends and originally were only joking when the idea to launch their own clothing line surfaced, but after Stephan and Amanda realized nothing should stand in the way of their dreams they began working on what would become one of the fastest growing for-teens-by-teens clothing lines in Canada! 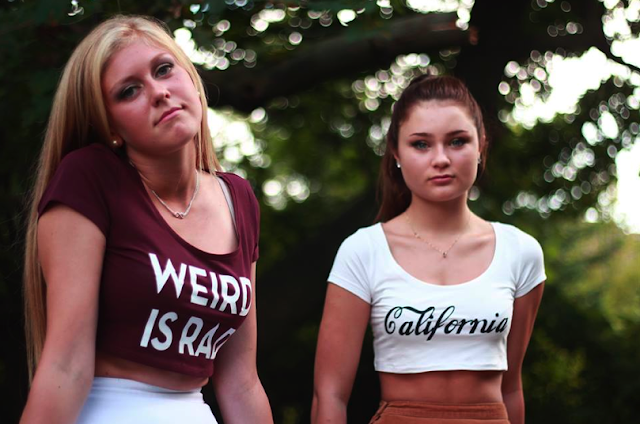 When Stephan and Amanda were first starting out they knew a crucial ingredient in their clothing would be a raw coolness and urban-hip aura “The inspiration behind Youth Apparel stems from a very west coast street style vibe.” said Stephan “we were strongly inspired by what we saw on tumblr” continued Amanda. Youth Apparel is all about appealing to youth and their clients are 14-20 year old girls who are fashion-forward and want to make a statement. If you’re the kind of girl who  “loves more unique pieces that aren’t mass-produced and are something that can make your own” you’re the perfect girl to be wearing Youth says Stephan. 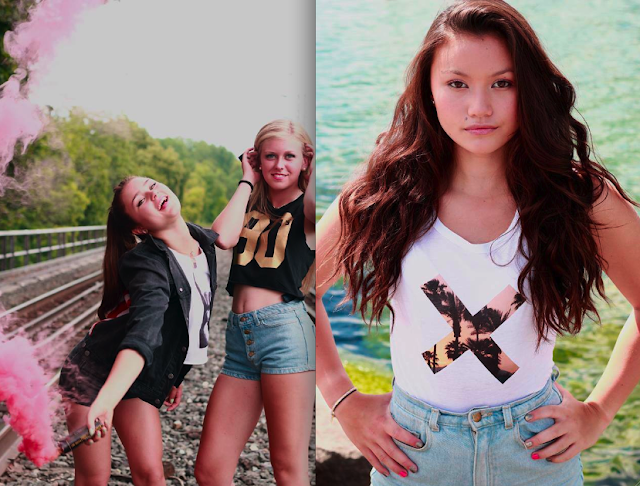 Starting a fashion line is a massive feat at any age, let alone for a couple of highschoolers, “Starting my own fashion brand was a mix of many emotions. Especially since it was something I had always wanted to do it was extremely exhilarating having said that it was also very stressful seeing as I wanted it to be perfect.” comments Stephan. The response to Youth Apparel has been explosive and just as soon as new fashions come in, they sell out! “I didn’t know I could feel so many emotions at one time. Everything that has happened with Youth Apparel has been so exciting. I never thought it would be as big as it is now” adds Amanda. It’s safe to say what these two teens have accomplished deserves a round of applause as it is truly admirable and they are an inspiration each in their own right. 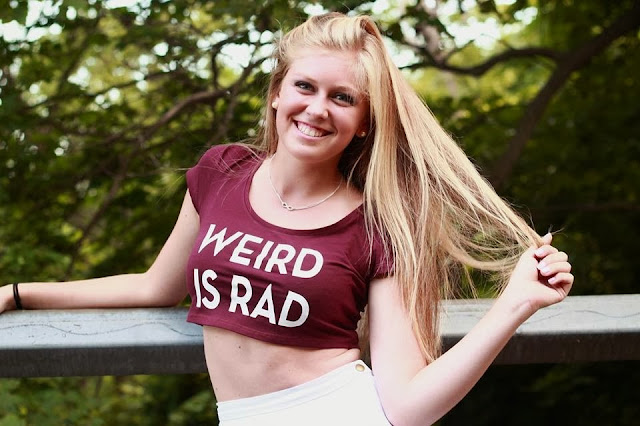 Youth Apparel is undeniably one of the hottest clothing lines in Toronto right now and after Stephan and Amanda’s Spring/Summer 2013 collection blew up they are expecting big things for their Fall/Winter 2014 collection which drops January! “The next collection is inspired directly from street style and simplicity. The collection contains wintery colors and has a more vintage essence.” says Stephan. Amanda is especially excited for this collection was it is going to feature “great clothing, and fun styles. What is better than clothes that are comfy and stylish?  I am going to get one of everything!“ 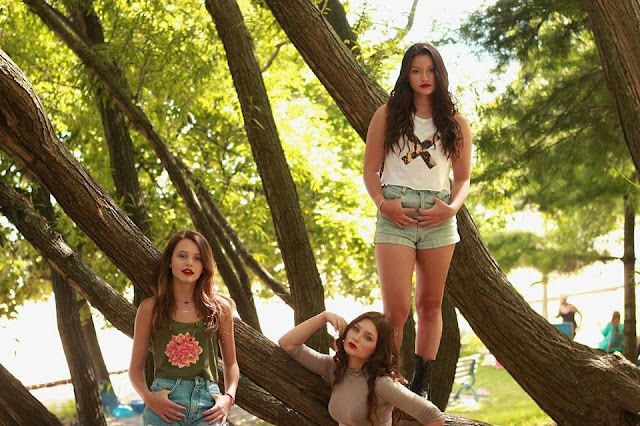 It’s not hard to see that Stephan and Amanda are extremely talented and Youth Apparel has nowhere to go but up, up, up! You should definitely keep Stephan, Amanda and Youth Apparel on your radar as they will only continue to explode with each new collection. The teens also have some BIG dreams for their fashion line “In the future I’d like to see youth apparel set up an online store and branch out to the United States and all of Canada.” said Stephan “I am hoping to be in stores, and continue to grow. In a few years it would also be amazing to have our own flagship store.” continues Amanda. F&B Inc has absolutely no doubts that Youth Apparel is the next big thing as the Youth blossom has only just begun! 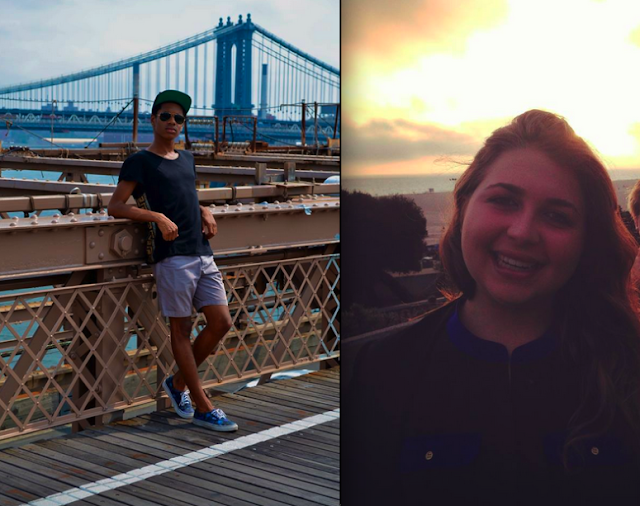 ·       What happens when you spend a Friday evening with teen design sensations Stephan and Amanda of Youth Apparel? Why anything and everything of course! F&B Inc was lucky enough to meet the uber charming 15-year-olds for a night of fun jumping from Starbucks to Starbucks, chatting in Urban Outfitters and a sushi date downtown. It’s clear that everything with Stephan and Amanda turns into an urban adventure (would you expect anything less from two sweet heart fashionistas bold enough to start a clothing line!?) The two sat down to answer F&B Inc’s most pressing questions on fashion, design and what it feels like to be able to add “designer” to their bios…

·          F&B Inc: How would you describe the response to the debut collection?
Stephan Adams:The response to the debut collection was intense many people seemed interested in all aspects of the brand such as modeling, buying, designing, makeup & hair it was better than I ever imagined it would be.
Amanda Rondinone:  I thought that the response could not have been better. It got over 600 likes in the first night. It was completely surreal, I just hope the response is the same for the next collection.
·          F&B Inc: What was your favorite piece from the debut collection?
Stephan Adams: The American denim jacket due to the fact it was designed and done buy me and it shows the direction in which I’d like our style of clothes to travel in. I also believe it is one of the more detailed piece and with out a doubt the most unique.
Amanda Rondinone:  Everything! The hats, or the Frank Ocean crew neck are tied though. I love hats, and I think the black and gold look fantastic together. The Frank Ocean crew neck is comfy and the picture is stunning.
·          F&B Inc: How would you describe the design process?
Stephan Adams: The design is a process develops over time since we must first be inspired by what is relevant in fashion and what is going to be trendy in the future. We use Tumblr a large source of inspiration for many of our designs, but slowly our designs are become more original and creative.
Amanda Rondinone: It is very back and forth….we each have great ideas we bring and send them to each other, and make adjustments.
·
·     F&B Inc: What advice do you have for teens that want to start a clothing line?
Stephan Adams:  Think about everything before you begin (who will produce your clothing? How much money will you invest? What you are your future goals?) and go from there. You also have to believe in yourself and preserve through anything.
Amanda Rondinone: Just go for it! If you find someone who is just as dedicated as you are it is super good. School always comes first, but besides that be creative, and have fun with it!
F&B Inc: What is your fashion mantra?
Stephan Adams: Black is the new black.
Amanda Rondinone: Stephan Adams!
Be sure to like Youth Apparel on Facebook, follow on Twitter and Instagram and check out their official website to order clothing! Stay tuned on F&B Inc for more Youth Apparel coverage coming soon including interviews with their stunning models, behind the scenes looks at shoots and more!