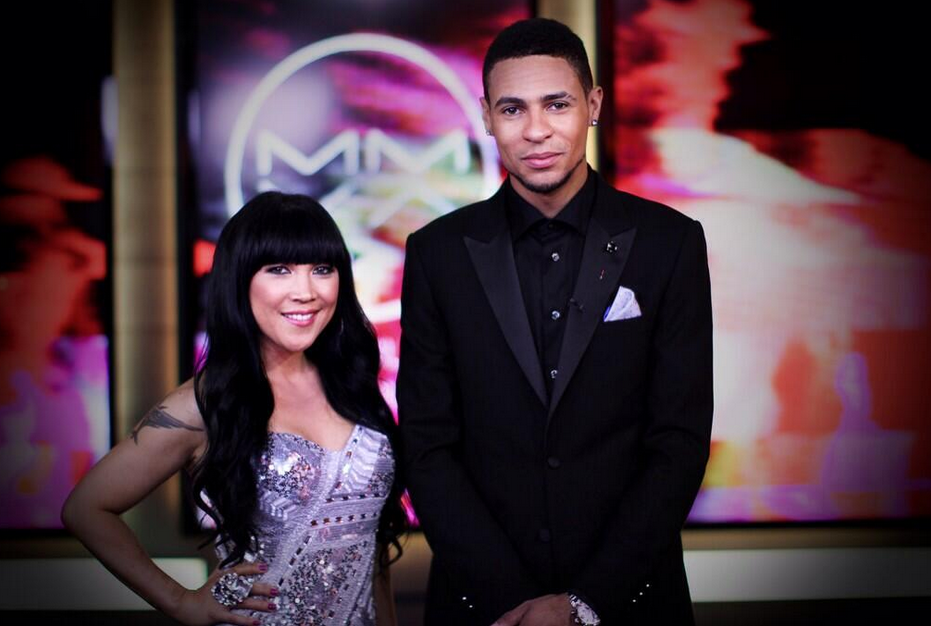 Picture this: you’re in Toronto on a Sunday in June, but this is no ordinary Sunday! You roll out of bed and are ushered into hair and makeup and before you know it your stylist is helping you into an outfit more amazing than you’ve ever seen before. Celebrities are flocking into your city for one of the biggest music events of the year and you’re hosting it (along with Scott Willats, Kendall and Kylie Jenner)! That’s right, this is your bash, your shindig, your jam to make amazing for everyone who wants to be a part of it! With a microphone in hand, you’ll be keeping the energy on high for the whole night long. Sounds like the best dream ever, right? Well, for Canadian Television Personality and Much VJ, Lauren Toyota, this is no dream…this is 100% reality! 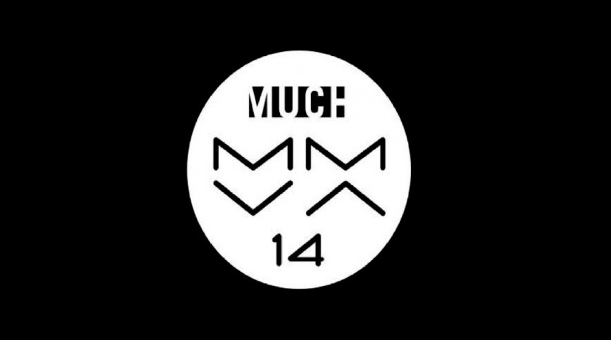 Today is a big day for Lauren Toyota because today is the day of the 2014 MMVAs! Lauren has hosted the big bash in the past and is so excited to be hosting again tonight on Queen Street West (don’t forget to watch it LIVE exclusively from Much HQ tonight, at 9:00pm ET on Much and CTV) The process of getting ready to host the MMVAs dates back to a month (crazy, huh?) From dress fittings, to wristband giveaways, to practicing scripts and running dress rehearsals, hosting the MMVAs is a big job that takes tons of hard work and heaps of dedication.

Why does Lauren loving hosting the MMVas? “I love being able to see so many music fans and Much fans all in one place. They’re the most dedicated and enthusiastic, and bring so much energy to the show.” Lauren has a special place in her heart for wild fans who live and breathe big events like the MMVAs because she used to be one of those fans! “I used to be one of those fans who attended the MMVAs and dreamt about one day hosting the show. Now I am! It’s crazy!” Talk about taking a dream and turning it into your reality, you go Lauren! 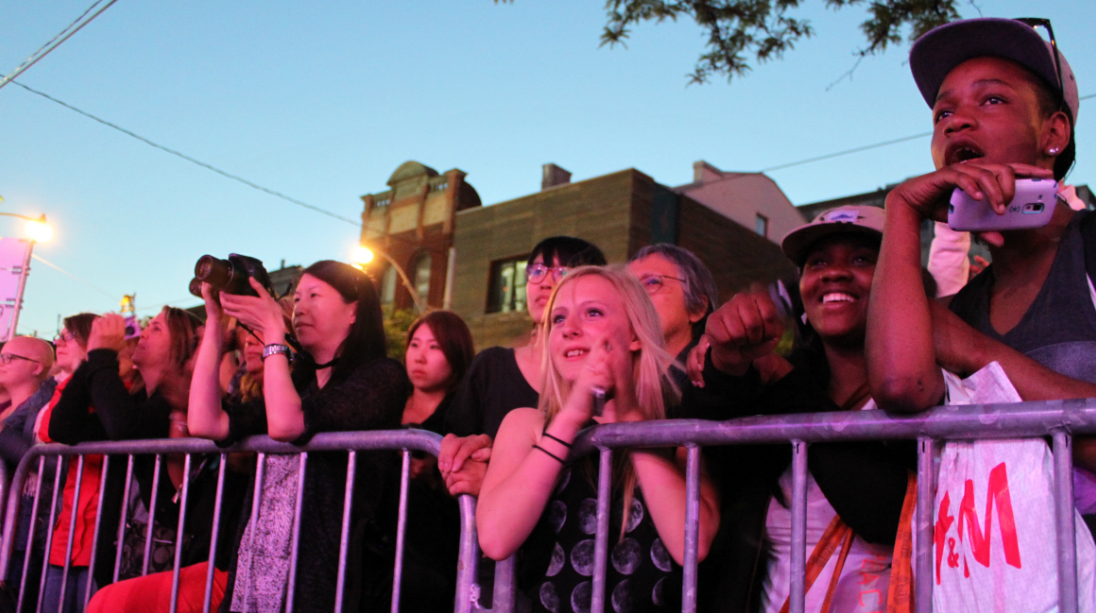 Tons of performers are set to hit the stage for tonight’s big event, but Lauren is making it no secret there are certain superstars she’s extra keen to see belt their tunes! “I cannot wait to see Lorde. She is so unique and powerful and she’s going to bring her signature style to the MMVAs. She is planning a special performance that will look and feel different from anything you’ve seen before. She’s done something creative just for us at the MMVAs and it’s going to blow everyone away!” Lauren also recommends  keep an eye out for MAGIC! who will be performing their summer song, “Rude”, as well as newcomer Kiesza and Virginia to Vegas who will be performing his duet with Alyssa Reid.

The MMVAs are always jam-packed with awesome performers and this year will be no different. Every year the MMVAs get a little bigger and a little more spectacular and this year is bound to be absolutely epic! Be sure to read on for F&B Inc’s exclusive interview with Lauren Toyota as she opens up about everything from picking her outfit for the big event to career advice for girls who want to follow in her VJ footsteps!

F&B Inc: What is your advice for girls who dream of hosting big events like the MMVAs?
Lauren Toyota: Really simple… never give up on your dreams. Even attending the MMVAs as a fan is just one of many steps you can take in the right direction. As long you’re doing anything that looks, feels, sounds, and seems like your dream, then you’re already living it. Imagine how much bigger and better it’s going to get! You’ll be doing my job in no time. 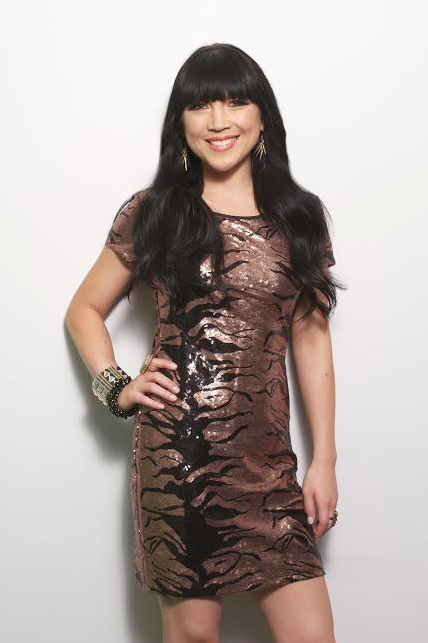 F&B Inc: How do you keep your nerves to a minimum on stage hosting a live event?
Lauren Toyota: It might sound strange, but ever since I started hosting the MMVAs in 2011 I have never been nervous. I’ve always been excited and overwhelmed by the love I’m surrounded by standing on that stage. I feel like I’m right where I’m supposed to be every single year, more so than anything else I’ve ever done for television. It’s a great privilege that I don’t take for granted and thinking about it this way just doesn’t allow the nerves to come into play.
F&B Inc: What is one thing about the MMVAs that audience members don’t know about the big event?
Lauren Toyota: They probably have no idea how many people it takes to pull off something like this. Nearly everyone who works at 299 Queen West gets involved to help out with anything from wrangling, setting up green rooms, loading in food, drinks, props etc. There are so many little things that need to be done to get this show off the ground, as well as huge things like building the massive stage in the parking lot. It requires a lot of people who work tirelessly and they’re the ones who should be thanked!
F&B Inc: You’re co-hosting with Kendall and Kylie Jenner, how excited are you to be working with these mega-celebs?
Lauren Toyota: I can’t wait to meet them and I’m so pumped to co-host with two of the most popular girls in entertainment.
F&B Inc: How do you pick your outfit for the MMVAs? What was the inspiration behind your ensemble for this coming Sunday?
Lauren Toyota: Picking my outfit requires a number of dress fittings.  This year, my stylist found “the one” during the very first fitting we had and luckily, it fit perfectly! As far as inspiration, I can’t really say there was one, other than it had to be tight and sparkly! That’s the requirement every year. But this year I feel that I’ll look the most myself and be the most comfortable.
F&B Inc: What will you be doing after the MMVAs to celebrate the event and relax from all the festivities and fun?
Lauren Toyota: I told my wrangler that we need to have a bottle of champagne ready and waiting to do a toast as soon as I’m done my last throw on stage! Then we’ll probably head to the official MMVA after party with the staff and crew.

Once again, you definitely do not want to forget to tune in to watch the MMVAs LIVE exclusively from Much HQ on Sunday, June 15th at 9:00pm ET on Much and CTV! Keep it locked on MMVA.MuchMusic.Com for extra MMVAs coverage and get pumped for tonight’s big show!

The MMVAs have a way of brining a buzz to the city of Toronto! Of course aside from the excitement of having celebrities such as Kendall and Kylie Jenner, Ariana Grande and Lorde (among many, many more) touching down in T.O. for the big…