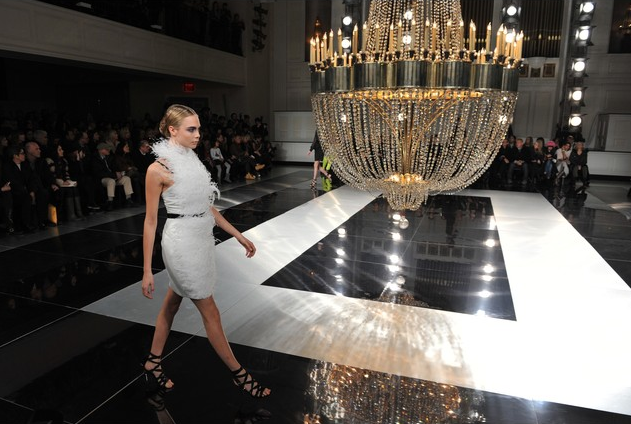 It’s no secret that Jason Wu is one of the hottest designers in New York City. The Taiwanese-Canadian designer’s career skyrocketed to massive new heights after the thirty-year-old visionary dressed Michelle Obama for the first and second presidential inaugurations. However, Jason Wu is not a one-hit wonder and he proved that with his stunningly sophisticated Fall/Winter 2013 collection which debuted at New York Fashion Week on Friday February 8th 2013.

Jason Wu’s collection was feminine, classic and posh. Key design elements included feathers, fur, puffed sleeves, cut-outs and peplum pieces. Each of the garments in the collection was fitted and excellently tailored. Black, white, red, tan and royal blue were the colors used in the collection. Each model’s hair was slicked back into a sophisticated ‘do with hair parted in the middle. Wu adorned each model’s beautiful face in pale glossy pink lipstick and eyeshadow that blurred between blue, purple and silver. Brows were shaped in angular curves and skin was clear and fresh.

Want a closer look at the stunning Fall/ Winter 2013 Jason Wu collecton? Scroll down for F&B Inc’s favorite garments from the runway show… 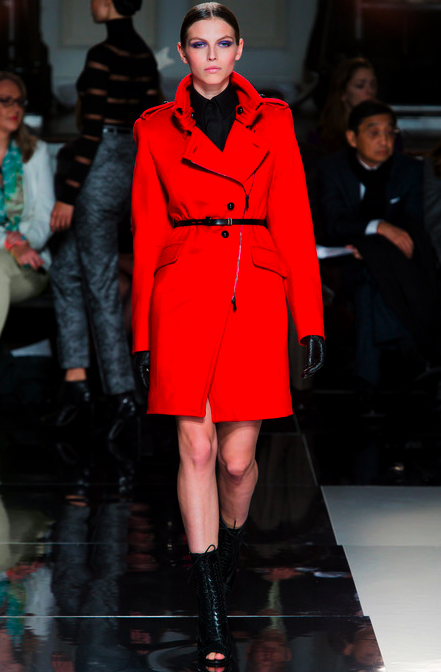 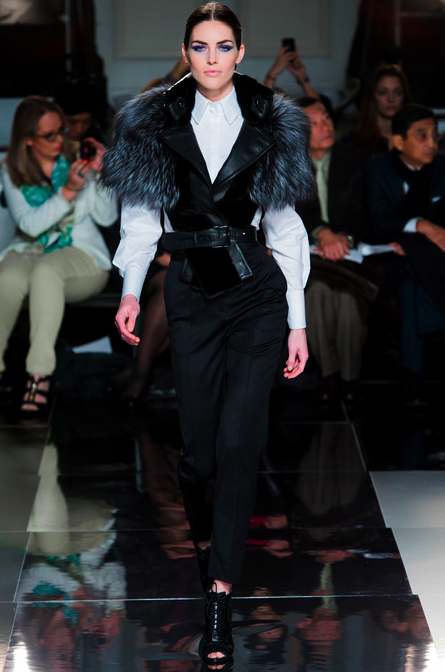 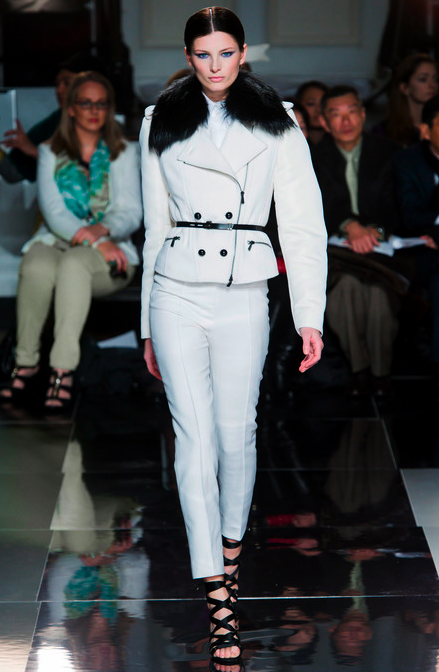 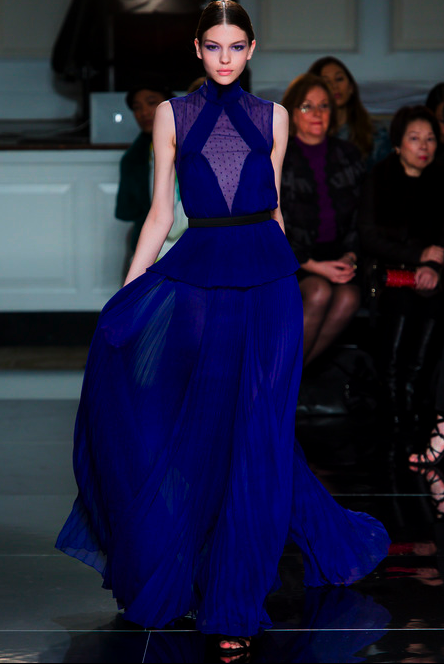 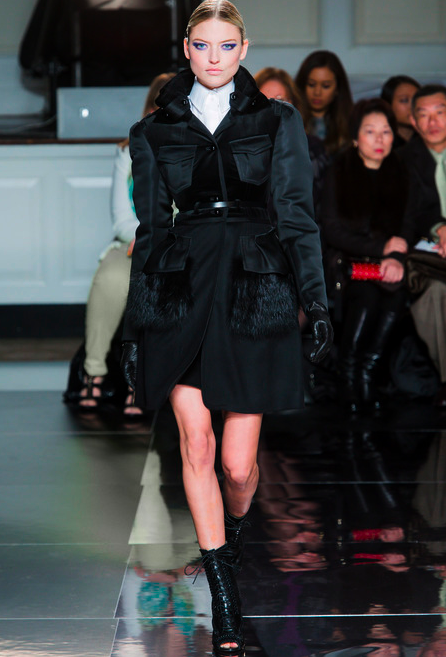 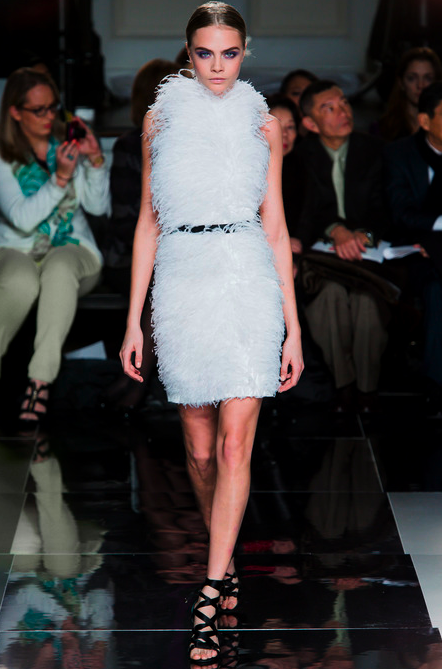 Michelle Obama: Elegant In Jason Wu At The 2013 Presedential Inauguration

Michelle Obama is undoubtedly a style icon. When it comes to clothing the first lady is all about classic and elegant ensembles (a trend she has also passed on to her two daughters) and Obama’s look for the 2013 presidential inauguration ball on Monday…