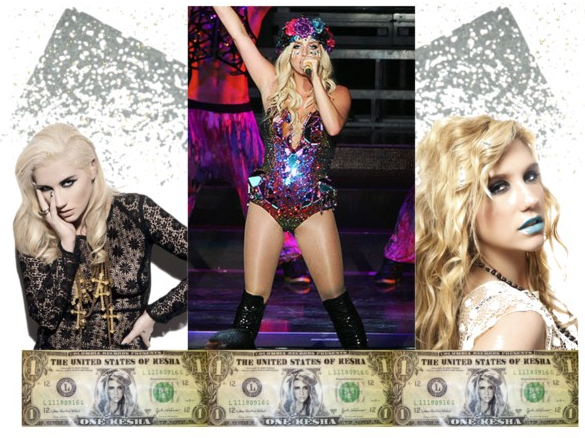 Party princess, Ke$ha, is the queen of all things glitz, glamor and glitter so it makes sense the blonde pop star partnered up with one of the entertainment industry’s favorite design duos: The Blonds! For Ke$ha’s super extravagant summer tour with Pitbull. Ke$ha’s music is lively, catchy and impossible not to dance wildly to and of course the music phenomena wanted costumes that coordinated with her bouncy tunes and eye-catching sense of style! Ke$ha and The Blonds, who are known for their sparkles on steroids design aesthetic, seem to be the perfect pairing. While The Blonds are no strangers to Hollywood’s hottest celebs and have worked with icons such as Beyonce, Katy Perry and Britney Spears it definitely seems as though Ke$ha couldn’t be a better muse! 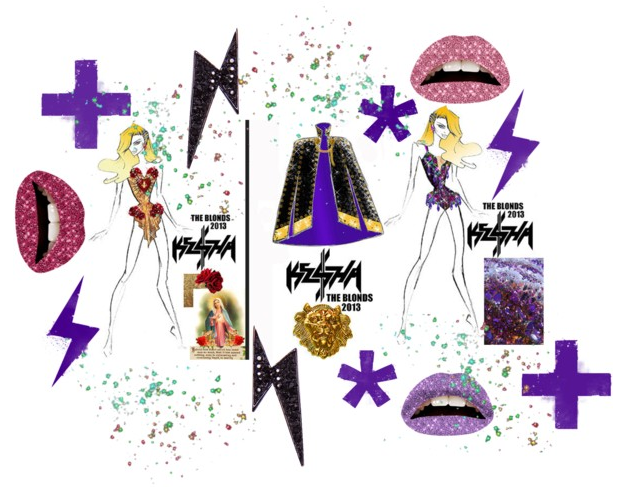 Sketches of Ke$ha’s concert getups have been released and look absolutely amazing! The Blonds loved working with Ke$ha and opened up to People Magazine about the exciting opportunity “Working with Ke$ha is amazing, because we’re all obsessed with sparkle, on top of glitter, on top of more sparkle- and so is she.” Ke$ha’s costumes have a total party vibe, but with an ever-glittery twist. The Blonds took inspiration from geodes, lions (who they are told are the ultimate warriors) and the Sacred Heart and all-seeing third eye. The costumes are sexy and sassy with dramatic bustier structure and majestic capes!

The fashions created by The Blonds for Ke$ha were created to encompass all things Ke$ha “The looks are all based on the essence of Ke$ha, with a new adventure in mind. A fabulous one!” The costumes Ke$ha will be rocking on her tour will definitely be incredibly fabulous!

Do you love Ke$ha’s concert costumes by The Blonds? Leave a comment bellow to let F&B Inc know!

Best Dressed Of The Fest: The Hottest Looks From The Cannes Film Festival

The most glamorous film festival in the world, the Cannes Film Festival, is underway and that means the world’s biggest celebrities are hitting the red carpet day after day in their best looks to celebrate the best movies being released now! Of course each…

When it comes to makeup from the 1920s it was all about making a dashing, daring and darling statement from kohl eye liner to smoldering skin this was an era all about glitz and glamor. It is no secret that the world is reliving…

Beneath her whimsical flower crown and drearily delectable love songs Lana Del Rey is a true style icon. The 26-year-old musical sensation first hit the scene back in June 2011 when she released her smash-hit debut single Video Games which became a viral internet…