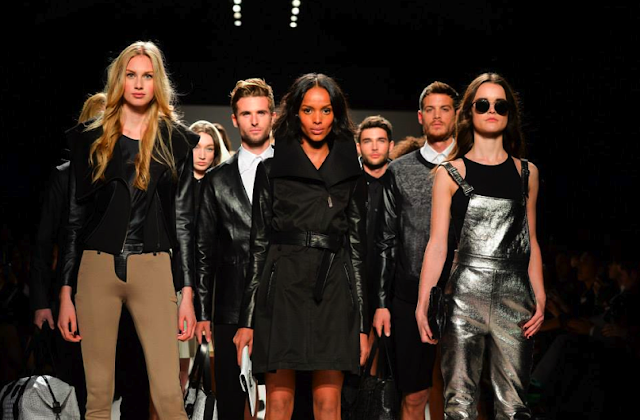 Rudsak is one of Canada’s most esteemed fashion labels and was started in 1994 by Evik Asatoorian. Today there are multiple Rudsak boutiques throughout Ontario and Quebec and the gritty-chic fashion line is renowned as one of the best when it comes to Canadian Ready-To-Wear fashion. During World MasterCard Fashion Week, Rudsak’s hotly anticipated Spring/Summer 2014 collection was debuted. However, this hyper-urban collection held a special place in the history of Rudsak as it was the brand’s 20th anniversary collection meaning Asatoorian was pulling out all the stops to create a crop of menswear and womenswear that would leave everyone’s jaws on the floor.
The runway show was incredible and the clothing in the collection was chic, versatile and rustic with an edgy twist. Leather dominated the runway as jackets for both men and women proved to be Spring/ Summer’s super hot trend. Snakeskin and metallic materials also proved to be the height of fashion and everyone in attendance couldn’t help but gush over the closing look (a pair of hot metallic overalls that made a statement in every way!) Spring/Summer 2014 is about earth tones and warm chocolates and beige shades sure to be chic. “We wanted this collection to be a reflection of the 20 years of Rudsak so obviously that means showing Python, leather, metallic and raw materials. These fabrics have shaped the brand over 20 years and are timeless and things people don’t get bored of.” Evik told F&B Inc backstage after the runway show.
One of the best parts of the collection was there was something for everyone. The audience buzzed with excitement as model after model came down the runway because there wasn’t a single person in the audience who saw something they didn’t love! The gritty and grungy vibe Rudsak is known for was present in the collection, but with a refined, elegant slant.
Image Credits: George Pimentel 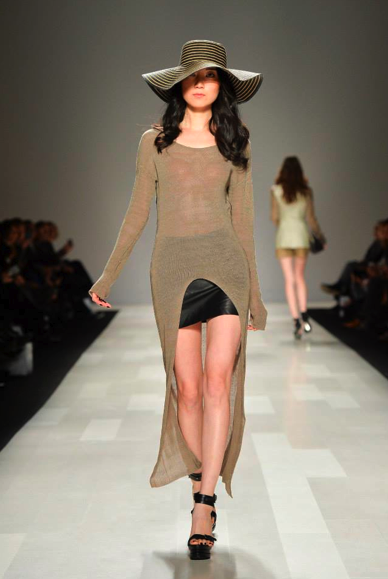 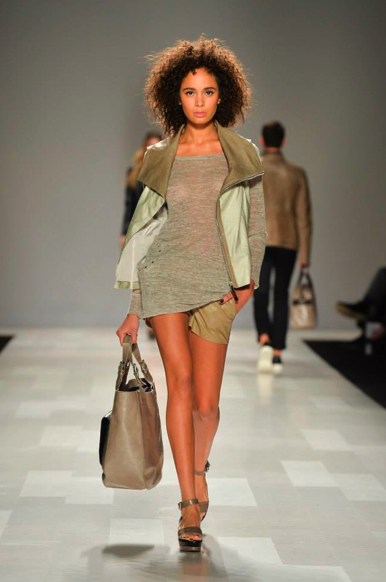 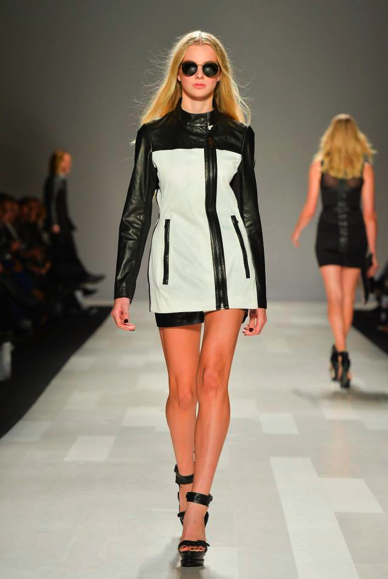 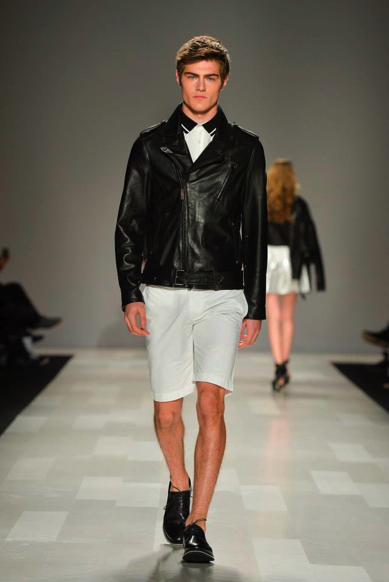 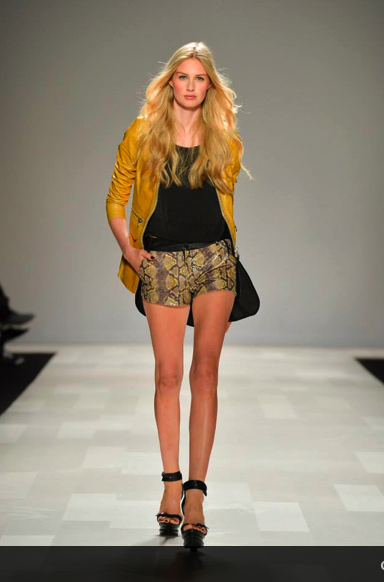 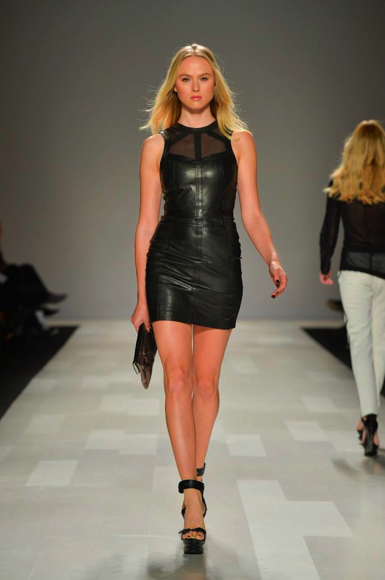 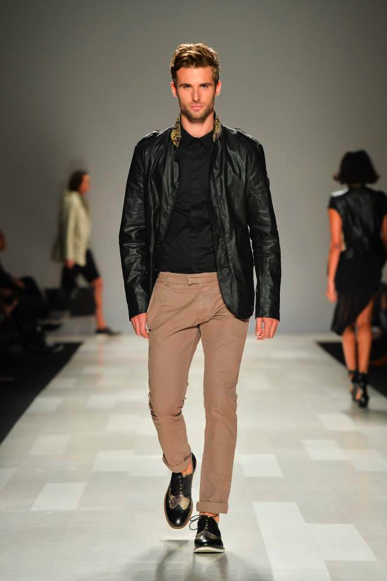 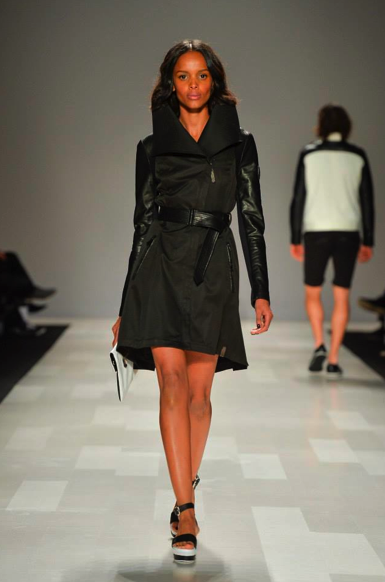 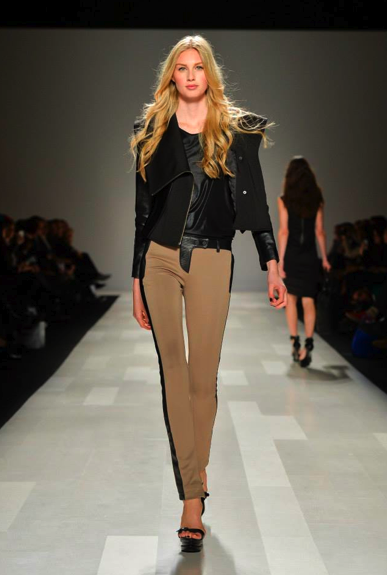 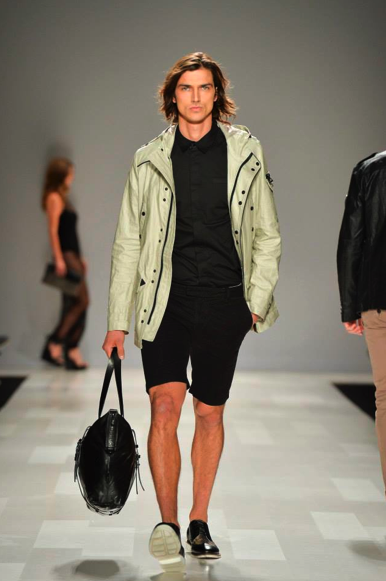 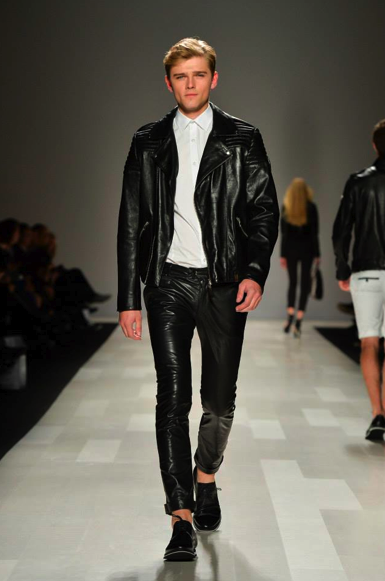 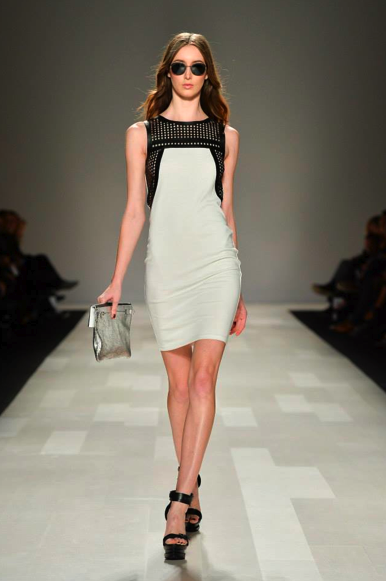 Backstage after the show reporters were clamoring for a piece of the man of the hour, Evik Asatoorian. Models donned in Asatoorian’s favorite looks posed for the cameras and the designer stepped up to answer everyone’s pressing questions about the latest collection. As the dusk of the moon feel over the city outside the tents the lights backstage blared brighter than ever as if celebrating an incredible runway show! F&B Inc was lucky to chat with Evik Asatoorian while backstage where he opened up about the excitement of seeing his fashions on the runway and his fashion inspirations! 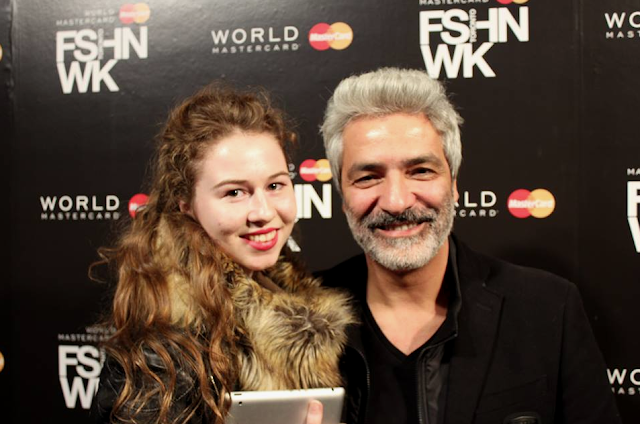 After the show Evik was beaming with delight “It feels great to see your clothing on the runway and especially because this collection is our 20th anniversary so it is fun to show the history and DNA of our company.” he told F&B Inc. Evik’s excitement was contagious as everyone backstage was thrilled with the response to the fashion show. When asked the inspirations behind the collection and his influences for the vibe of the show Evik responded “music is so important to me and people define style through music and not so much a style from a movie. A singer who retires still has the same image and its nice to keep that look.” Of course the entire collection was fabulous, but Evik still harbored a crush one specific item “my favorite piece in the collection is the crocodile vest it is so easy to wear and very wearable” You heard the man, if you really want to be wearing the best thing this Spring/Summer 2014 Rudsak’s crocodile vest is a must, must, must!
0 Comments
Share: