It’s one of the most hotly anticipated albums of the season: Bangerz. That’s right, Miley Cyrus has pioneered a provocative new music movement and today marks the day the former Hannah Montana star releases her full-length pop, hip-hop and synthpop album. Bangerz is a collection of emotional love songs and gritty party tunes all designed to get people dancing, singing along and of course talking! While this is Miley’s fourth studio album, it’s her her first album under her edgy new wild child persona. Bangerz shot straight to #1 on the iTunes chart and is continuing to rise in popularity with fans which is no surprise considering the album is amazing!

As promised, Bangerz is completely unpredictable and no two songs are alike. Miley serves up everything from smash-hit party anthems (We Can’t Stop and SMS Bangerz featuring Britney Spears) to sexy retro 80s inspired tunes (#GETITRIGHT) to jazzy and sassy songs (4X4 featuring Nelly and FU featuring French Montana) and of course attempts hard core hip-hop (Do My Thang and Hands In The Air featuring Ludacris) Overall the album features something for everyone and all the songs have a catchy beats and memorable lyrics!

In a recent interview with Hunger Miley opened up about her provocative party girl image and her movement into a new style of music and new persona. Cyrus admits that her new image isn’t anything like the Disney star aura she used to portray “there are parts of [my music videos] that of course are for a mature audience but there’s something kind of immature about it because the party’s so ridiculous, it always has to have a balance and a ying yang to it. That’s the same as ‘Wrecking Ball’. It has to be sexy and strong.” The juxtaposition between immaturity and maturity is something Cyrus has been toying with a lot lately and it is clear she loves to shock people with her scandalous music and videos, but at the end of the day Miley urges everyone to remember one thing: “You have to respect the fact that it’s art,”

Miley’s fearlessness when it comes to shock-value and sheer talent is definitely what is setting her apart from other artists in the music industry right now. At the heart of all the twerking, nudity and sexual innuendos Miley’s roots are still clear throughout her music and her thoughtful lyrics prove that while her crazy performance stunts and racy videos are designed to get people talking she is striving for longevity and success in the music industry and she can’t stop, won’t stop until she is #1 “At the end of the day I want people to buy my records, it isn’t about thinking just about this two minute performance on VMAs or this music video. I want people to want to hear my records and the more that they’re wondering what the hell is she doing, the more they’re going to want to listen to my record.” 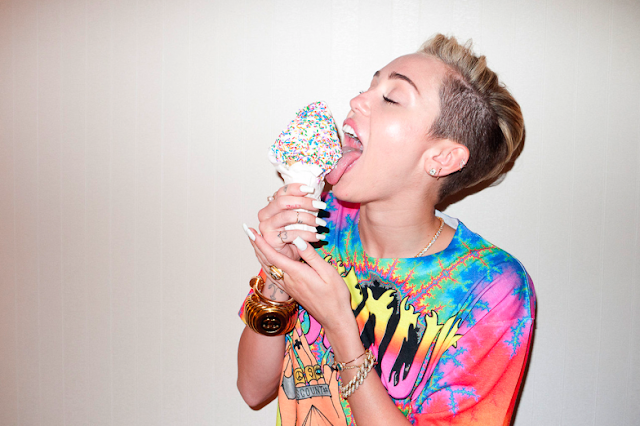 There is a lot you could say about Miley Cyrus, but you can’t deny the fact that she is incredibley driven and isn’t prepared to stop until she is on top. Cyrus just has one message left for fans “Go buy my fucking album…now.” You heard the girl, time to go music shopping! Miley’s Bangerz is available on iTunes. 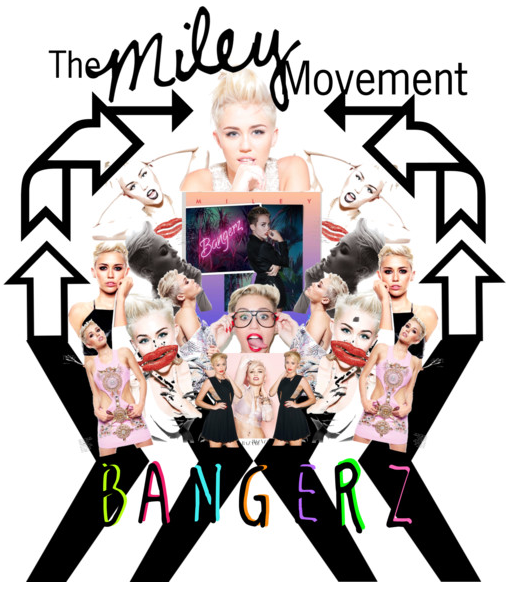