How long would you wait in line for a taste of the trendiest culinary dish in the city? Anyone in Toronto who has ever had their eyes peeled while walking or driving down Bay Street will likely know the eager foodies waiting outside Uncle Tetsu’s Japanese Cheesecake  will wait as long as it takes – sometimes up to two and a half hours! Uncle Tetsu’s Japanese Cheesecake is famous in Japan and throughout Asia, however this winter they opened their first North American location at 598 Bay Street and haven’t had a day without customers lining up from open to close to a taste of their famous food! Last Sunday afternoon a friend and I decided to take on the challenge of getting our hands on one of the famous Japanese cheese cakes. After 2 hours, several new friends made in line and a whole lot of curiosity about the food phenomena we finally got our Tetsu fix… 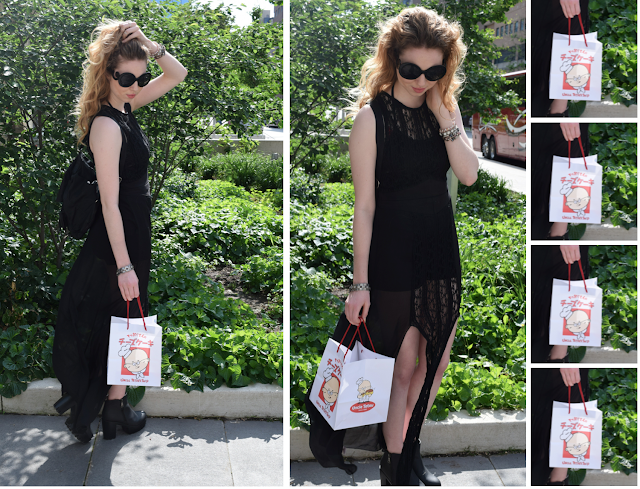 Uncle Tetsu’s Japanese Cheesecake evolved in 1985 on Oyafukou Street in Hakata (a not-so-nice area of the city, that quickly garnered fame and attention after the success of the sweet shop!) Throughout his restaurant career, Uncle Tetsu was introduced to a specialty Australian cheese which inspired him to use abundantly in his delicious cheesecakes. Super soft, rich and light, Uncle Tetsu’s cheesecakes are a desert of viral popularity in Japan, Taipei and China. 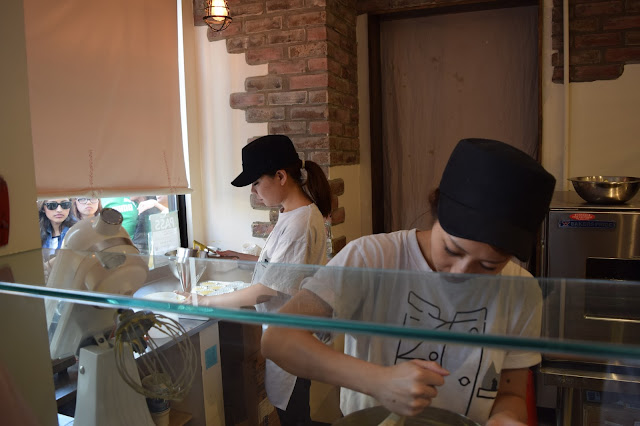 In line, I was keen to ask everyone what all the buzz was about! It turned out no one else we were in line with had been to Uncle Tetsu’s before and many of the patrons had never even tried a Japanese Cheesecake before. Although everyone in line ranged from old to young we all shared one thing in common: we were waiting because of the fame and the glory of the cheesecake! The line for the cheesecakes spilled out onto the sidewalk and only continued to grow longer as the afternoon faded into early evening. The strong smell of warm butter and fresh baking added excitement to the air as the minutes faded into hours and the reality of getting our hands on a cake drew closer. 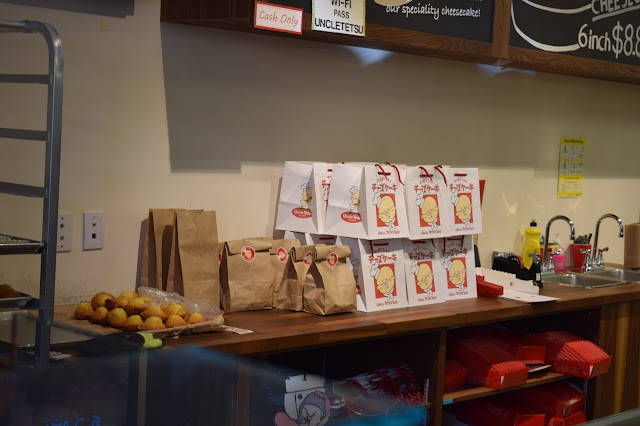 Uncle Tetsu’s Japanese Cheesecake only has three items on the menu: Cheesecake ($8.88), Angel Hat  ($8.88) and Rusk ($6.66) Everything Uncle Tetsu sells is light on the palette and made with quality ingredients by one-of-a-kind bakers who do everything by hand. The hallmark of Uncle Tetsu is simplicity – inevitable in the slightly rustic, uncomplicated interior of the shop and minimalistic aesthetic of the deserts which are stamped with the Uncle Tetsu logo before being packaged in a box and bag. 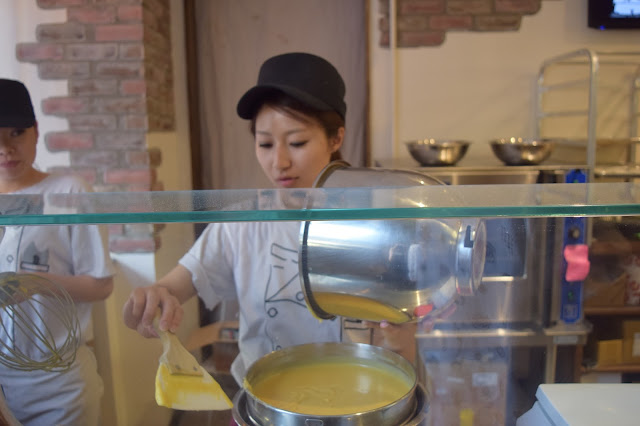 Customers are only allowed one cheesecake each, however at 6 inches large they are enough to serve 8-10 people. The desert is extremely simple and best served hot. If you want the traditional Japanese experience don’t add any additional toppings, but if you’re in the market for a more glammed up treat definitely top your cake with fresh berries for some added fresh flavour! The best way to describe the texture of the cheesecake is spongey – “it’s like a New York styled cheese cake, but filled with air” a man in line told me who said he was addicted to the classic Asian desert back home in Japan. 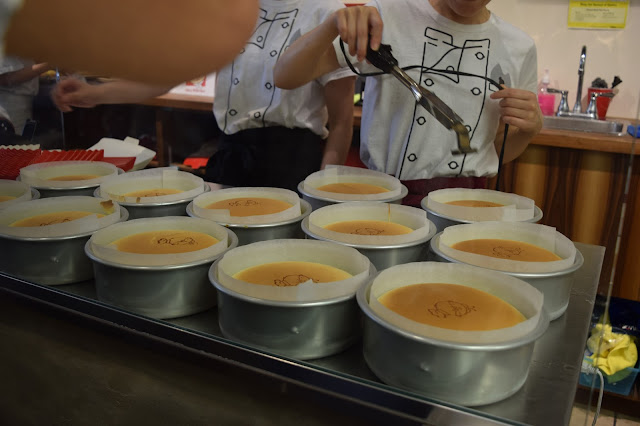 Getting the cheesecake was super exciting and to be honest it was probably more fun waiting in a line filled with fellow cheese cake enthusiasts.  That contagious sense of anticipation and camaraderie definitely made the process an experience to say the least! Although it was a lot of fun to try TO’s latest food fad, I’m not so sure I would wait hours to try it again (no one else in the line was a return customer) That being said, I’m inspired to try more dishes that are trendy in Japan! A dear friend of mine, Jenna Carter, who visited Yokahoma, just an hour from Tokyo, earlier this Spring has informed me Japanese Bean Cakes are another hot food trend in addition to being a mouthwatering treat. I’m adding Bean Cakes to my bucket list of international food I’m dying to try. Perhaps I should book a ticket to Tokyo, Japan right now for some more famous food? I have always been dying to dress à la lolita! 😉 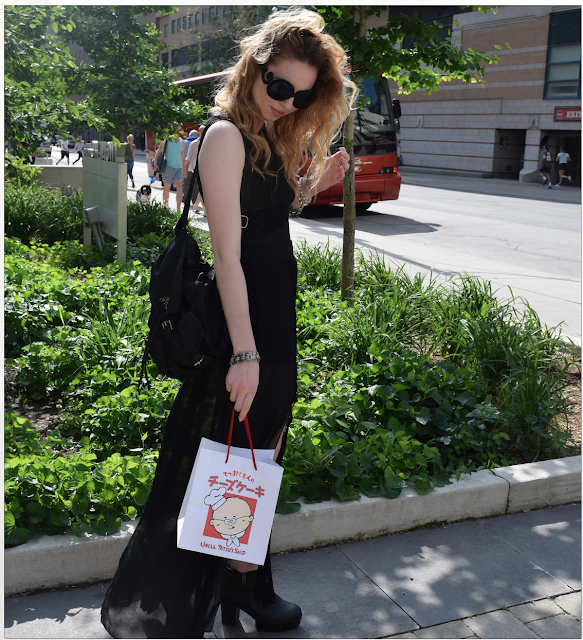 Definitely be sure to swing by Uncle Tetsu’s Japanese Cheesecake if you find yourself with a couple of extra hours on your hand one day while on Bay Street! This phenomena is definitely one thing you need to see and taste in order to believe. It won’t be long before Uncle Tetsu’s is famous all over the world as they are currently expanding to Thailand, Singapore, Malaysia, Philippines, Cambodia, Untied States, Australia, Indonesia, Brazil and hoping to grow in Canada as well! Talk about famous food!
Uncle Tetsu’s Japanese Cheesecake
Share:

WHAT I WORE: PLAYFUL, HAPPY QUIRKY CAT OUTFIT OF THE DAY