Gigi Hadid is fashion’s favourite it girl. From her uber tones bombshell body to her beautiful baby face this top model’s name is the one that’s currently on everyone’s lips. You may know Gigi from her rocking Sport Illustrated spreads or her recent foray into runway fashion, however this model’s life was charmed since the start! Dying to know more about Gigi? Keep reading for five fascinating facts about Ms. Hadid that will have you hooked on her every move! 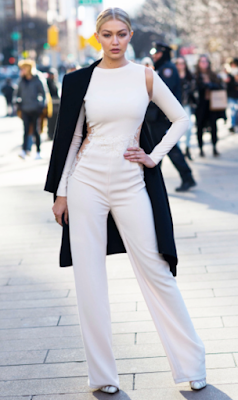 Gigi Hadid’s mother is Yolanda Foster who stars as a Real Housewife on The Real Housewives of Beverley Hills. Yolanda has been a part of the TV show since 2012 and Gigi has definitely been featured in several episodes alongside her mama.

Gigi is hardly spotted without her celebrity clique. The model dated Aussie pop singer Cody Simpson for years before their recent split however her dating history isn’t her only link to the a-list. Gigi and Kendall Jenner have been long time bffs and are rising to super model stardom at the same time!

After graduating high school, Gigi set her sights on the big apple to focus on her modelling career and her studies! When Gigi isn’t soaking up the sand for a bikini campaign or working the international runway circuit she is studying at The New School where she has been enrolled since 2013. 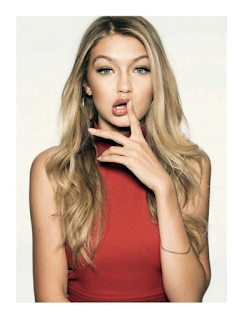 Gigi was discovered by Guess founder, Paul Marciano, when she was just two years old! Gigi shot campaigns for Baby Guess and Guess Kids. No wonder this girl is such a natural, she’s been around cameras since birth.

Gigi’s killer body may be in part due to winning the genetic lottery, but this blond beauty doesn’t sit back and take it for granted! Gigi has always been active (she loved horse riding and volleyball as a child) and is an avid boxer. Could a potential VS Angel contract be in the works? Keep training, Gigi!
Gigi Hadid certainly has a very glamorous life and it’s not hard to see why this gorgeous girl is rising to the top! Are you a fan of Gigi Hadid? Leave a comment bellow to let F&B Inc know!

WHAT I WORE: BREAKING THE FASHION RULES IN A BONA FIDE BASEBALL JERSEY