Screaming fans, flashing lights, and an electric excitement set the tone for the insane Divergent Premiere Screening & Red Carpet which took place in Toronto at the Scotiabank Theatre on the evening of March 5th 2014. If you haven’t heard of Divergent yet quite frankly you’re seriously behind the eight-ball. The wildly popular book series, by Veronica Roth, has been spun into a major motion picture staring Shailene Woodley and Theo James and this franchise is the next BIG thing! Of course with all the buzz surrounding Divergent it made sense the Toronto premiere was brimming with anticipation. 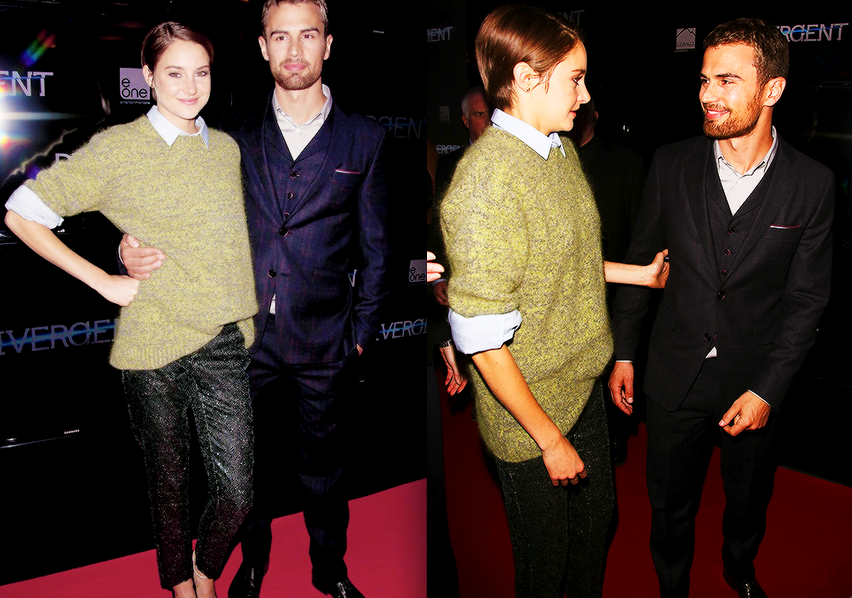 The evening began when Divergent stars Shailene Woodley and Theo James stepped out onto the red carpet! Fans were screaming wildly and Shailene and Theo couldn’t have been more elated to see everyone’s smiling faces! Shailene was rocking a menswear inspired collared shirt and fuzzy sweater with uber glitzy sequined pants and stunning heels and Theo went for a more classic getup consisting of a sophisticated dark suit! Both Shailene and Theo looked amazing on the red carpet and their super star status radiated throughout the room. It was clear these two were the only ones that mattered! 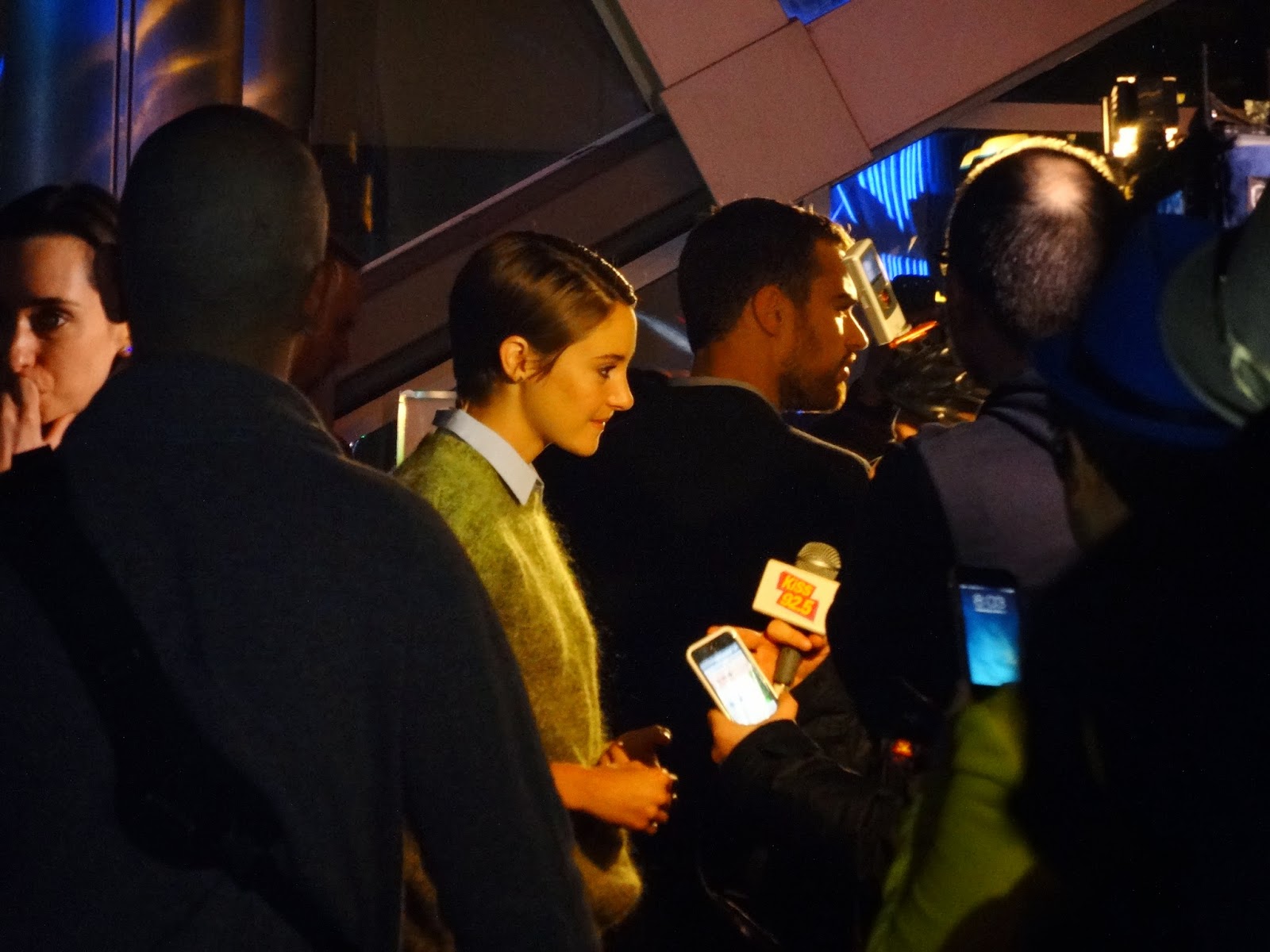 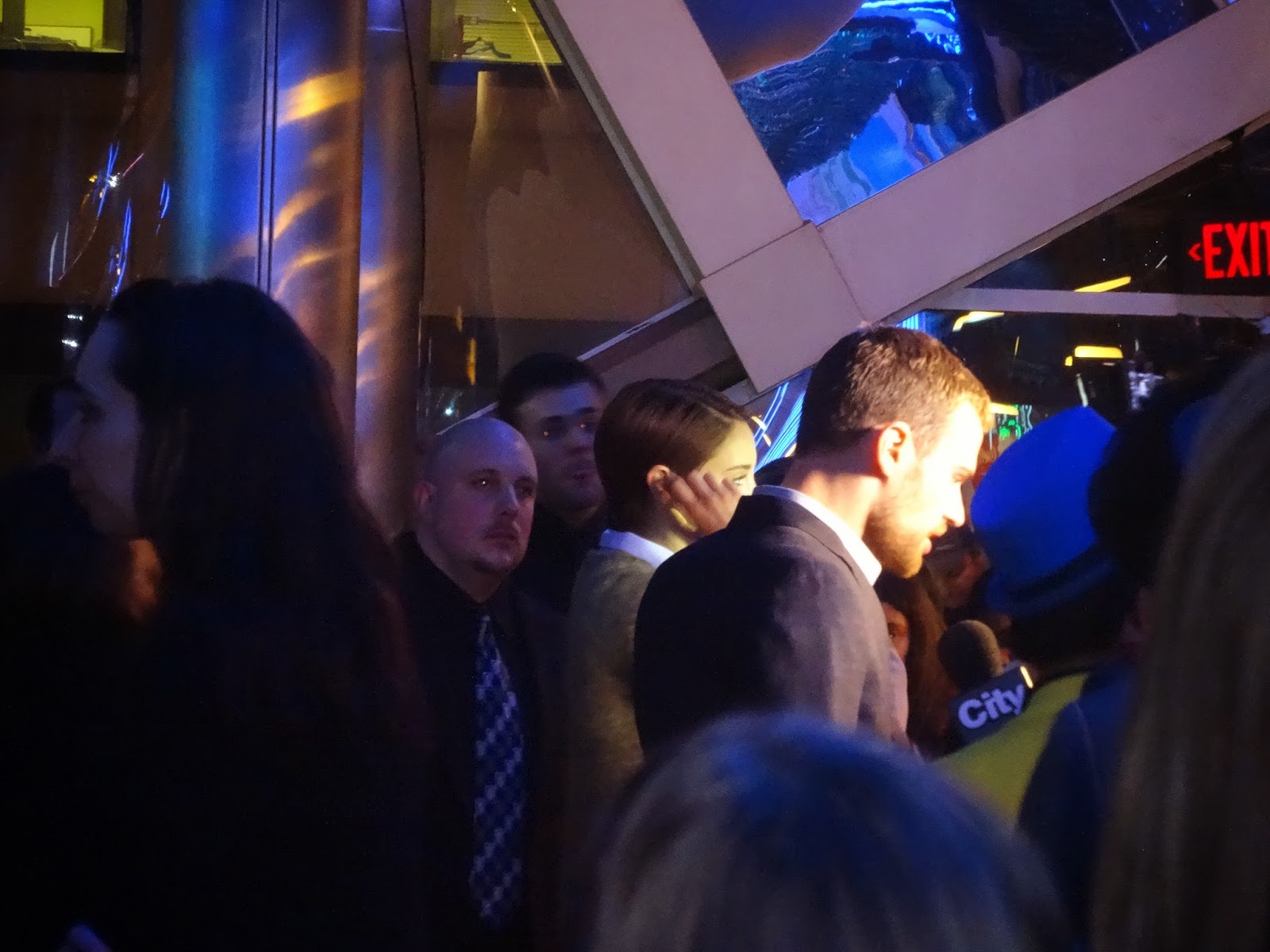 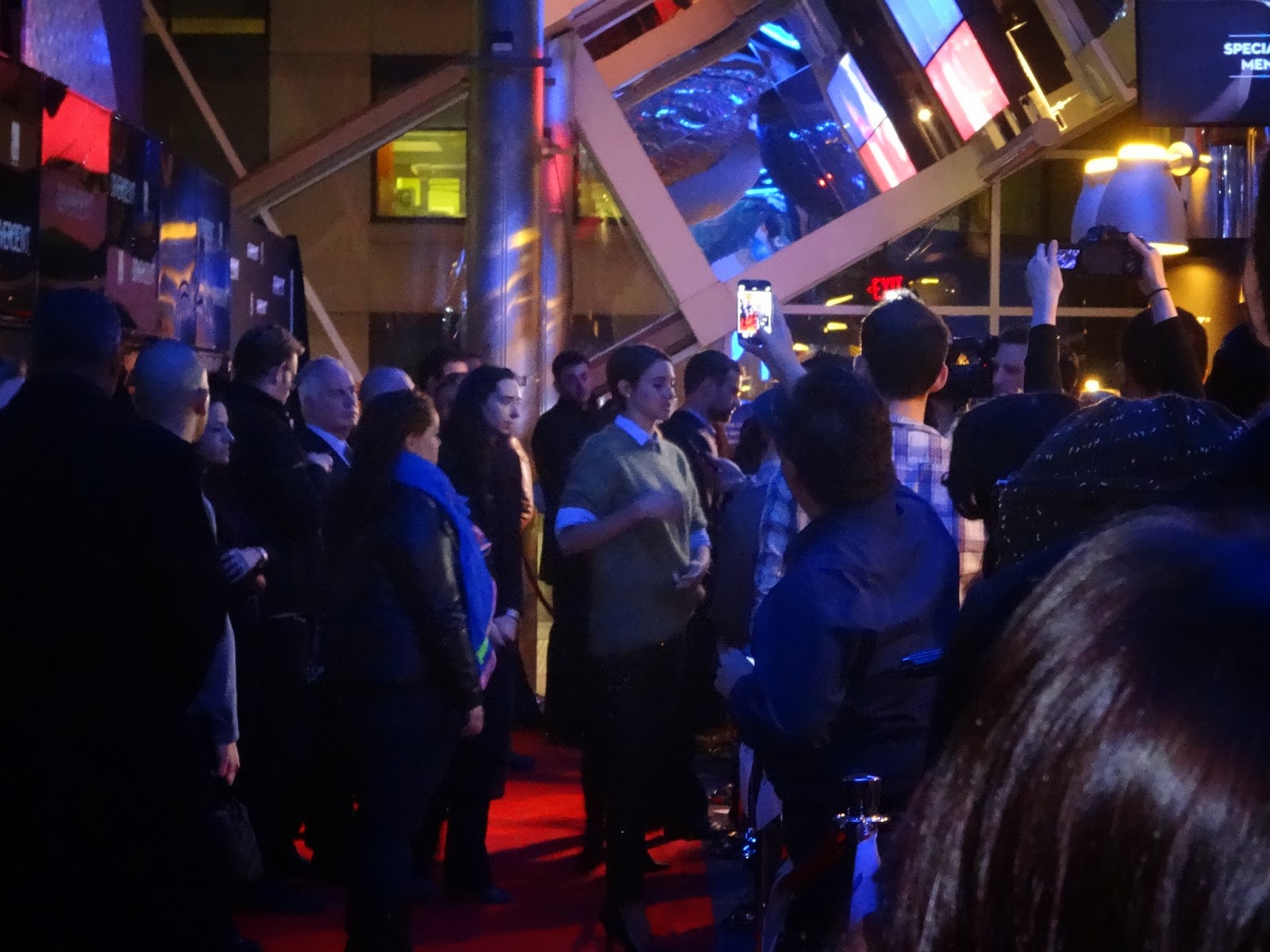 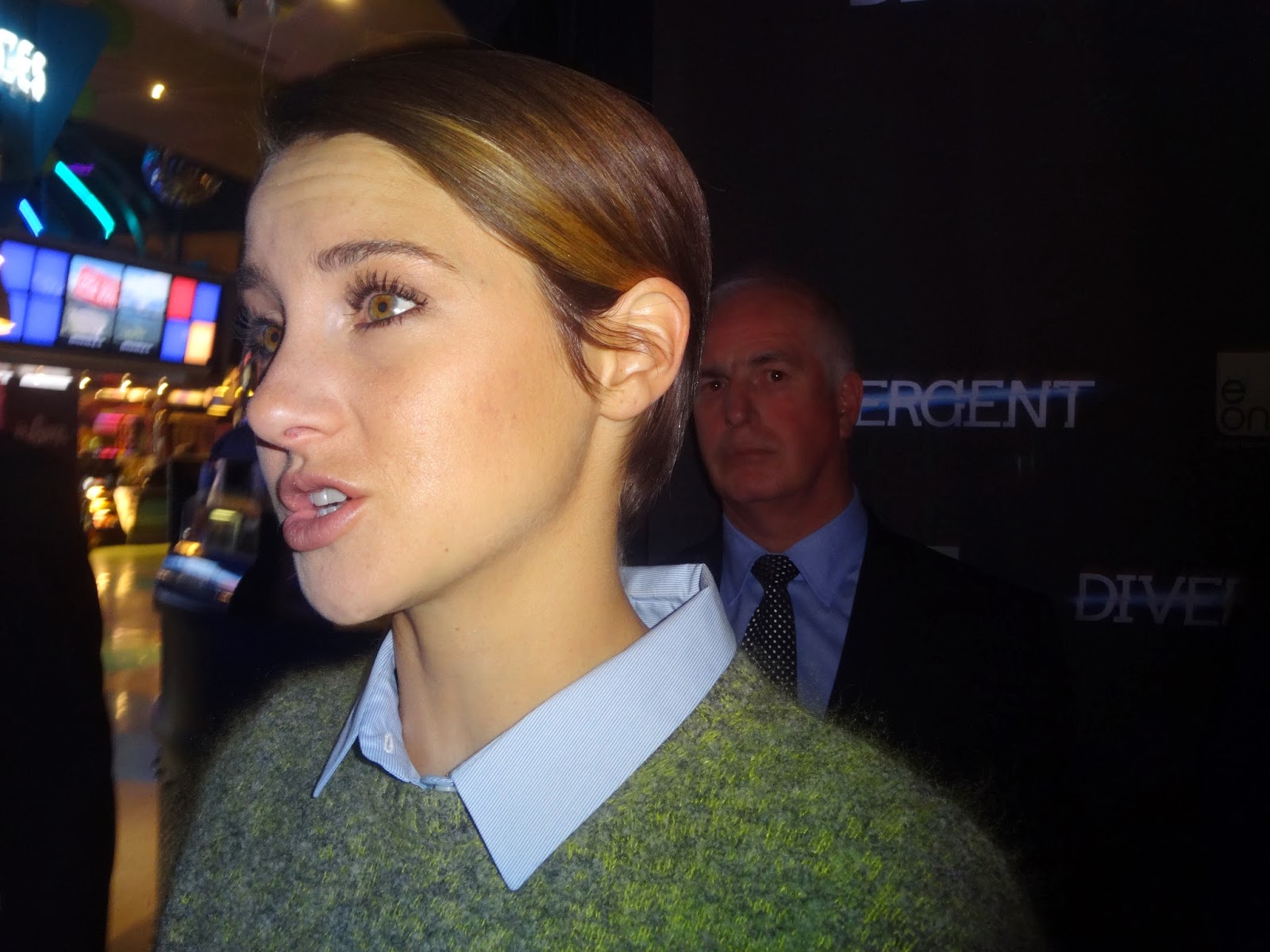 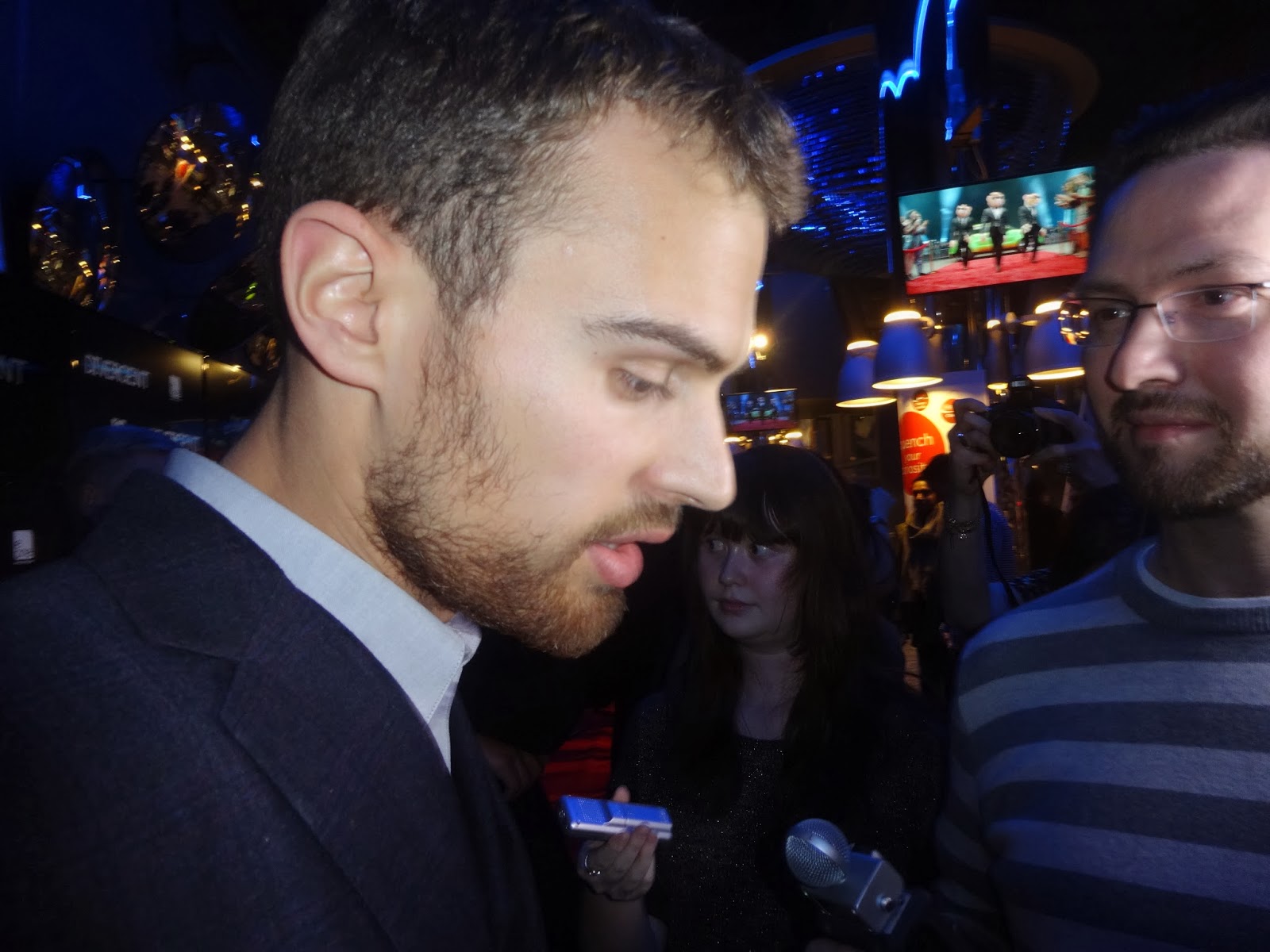 Shailene and Theo stopped to chat with F&B Inc about what it was like to film the movie as well as discuss their fabulous outfit choices for this evening (stay tuned for a video coming soon!) The stars both said they were really stoked to finally be sharing Divergent with the world and were overjoyed with how happy everyone was to see the flick they had been working so tirelessly on. Shailene and Theo were both bubbly and super charming on the red carpet. They definitely sent off a down-to-earth aura which was something that fans absolutely loved. Both Shailene and Theo stepped out into the crowds to hug admirers and sign books which was amazing to see!
I was delighted to be attending the red carpet and screening with my sister Caitlin Robinson! We both thought the red carpet was amazing and truly a one-of-a-kind experience. After the red carpet we were ushered into the VIP premiere screening. Wish I could tell you more about how epic the movie was, but you’ll have to wait until March 21st to read the review on F&B Inc! 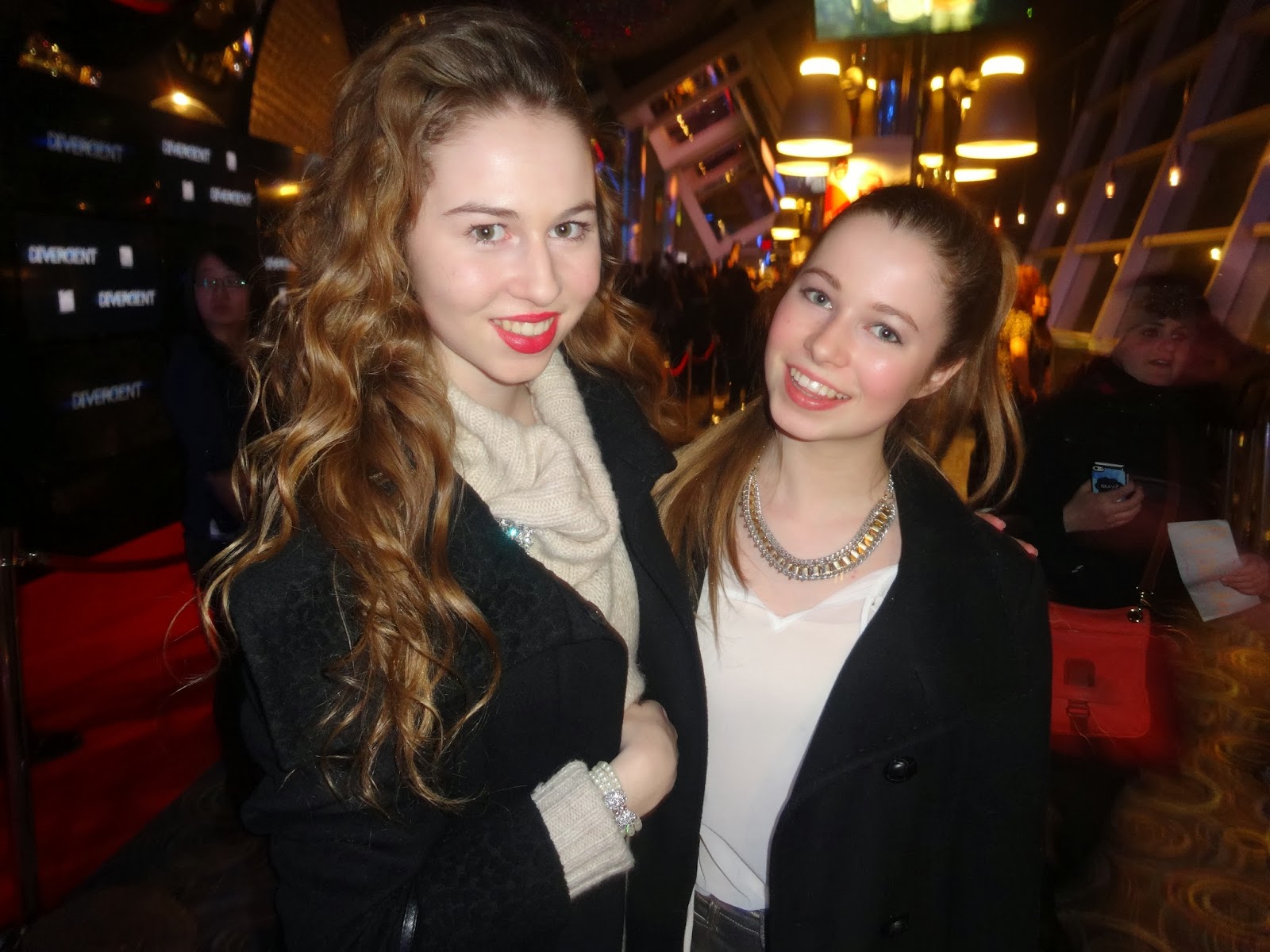 Stay tuned on the blog for tons more Divergent coverage coming soon including interviews with Shailene and Theo as well as red carpet style inspiration, movie reviews and much, much more…