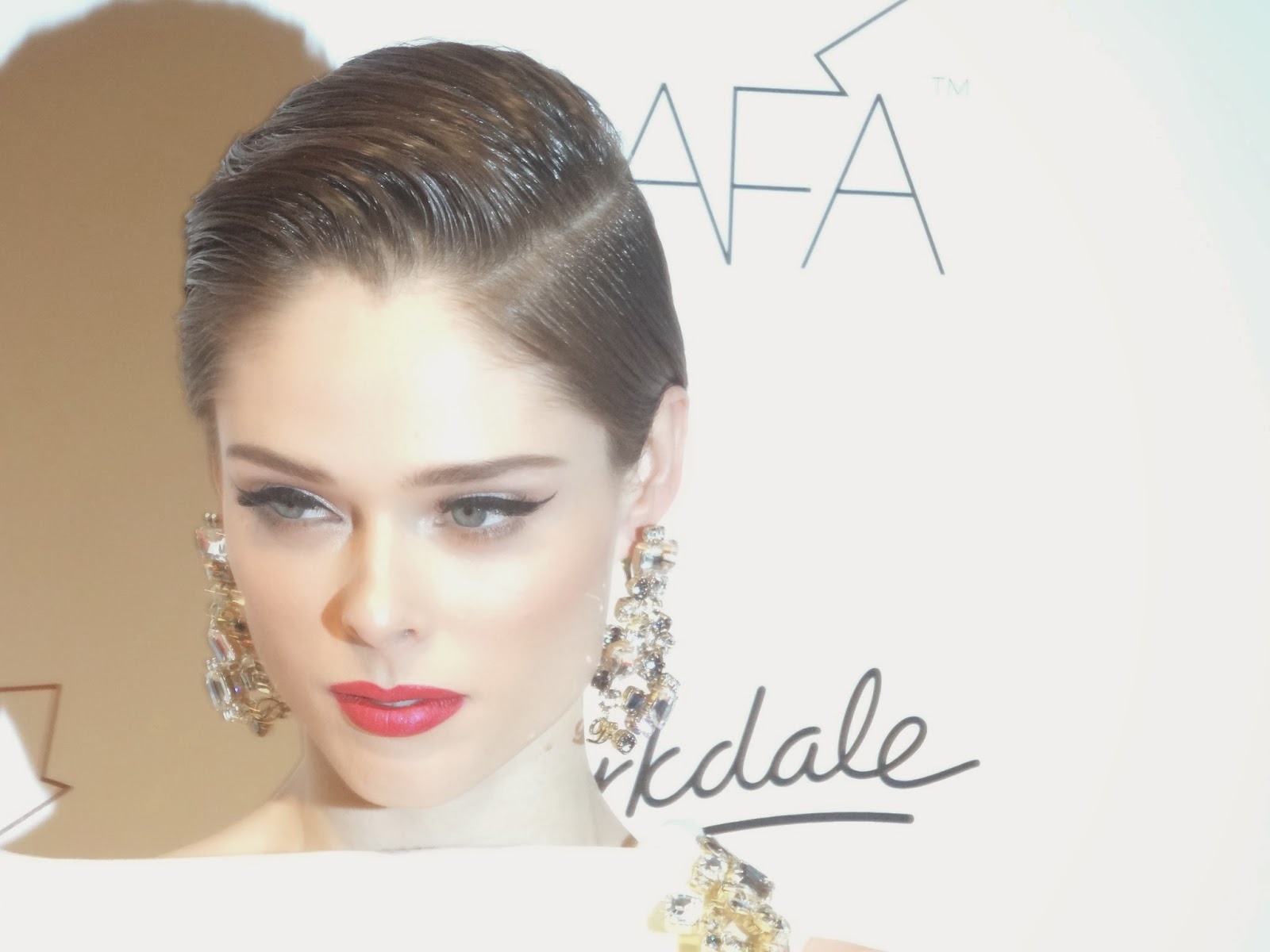 The inaugural Canadian Arts & Fashion Awards proved to be an evening of glitz, glamour and celebration. Occurring on Saturday February 1st at the prestigious Fairmont Royal York Hotel in Toronto this luxurious event brought together Canada’s fashion elite for an evening of honour and joy. CAFA was created to recognize achievements in the Canadian fashion industry and helps support the ever growing world of style and design that is blossoming in the country. On the official website, the CAFA as an event designed to endorse Canadian cultural sovereignty “We believe the time has come for Canadian fashion, and the arts surrounding and supporting Canadian fashion, to step into the national spotlight.” CAFA is an event many years in making and on Saturday night years of hard work came together to result in a night of magic! 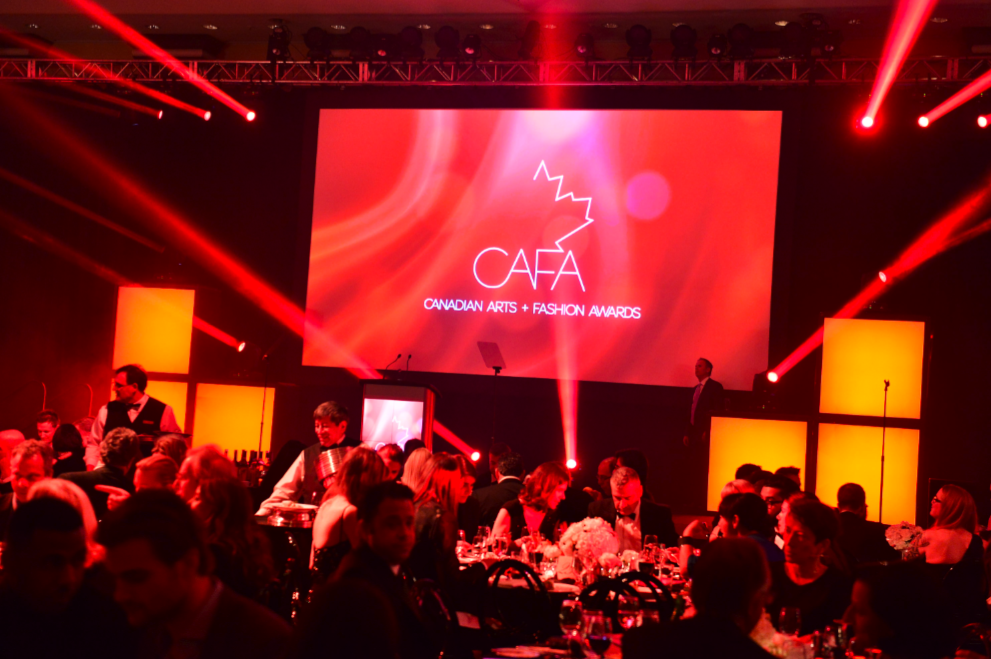 CAFA hosted throngs of VIP guests including Coco Rocha, Dean & Dan Caten, Tommy Ton, Jeanne Beker, Adelaide Kane, Joe Mimran, Kimberley Newport-Mimran and many more. The evening began with a red carpet swarming with media and celebrities all showing off their beautiful dresses. Everyone at the CAFA red carpet looked elegant and sophisticated and their eyes sparkled as the flashes of a hundred cameras lit up the room. The energy in the room was incredible and everyone was smiling with a mixture of excitement and anticipation. As this was the first Canadian Arts & Fashion Awards no one knew what to expect, but everyone was eager to see what the evening held! 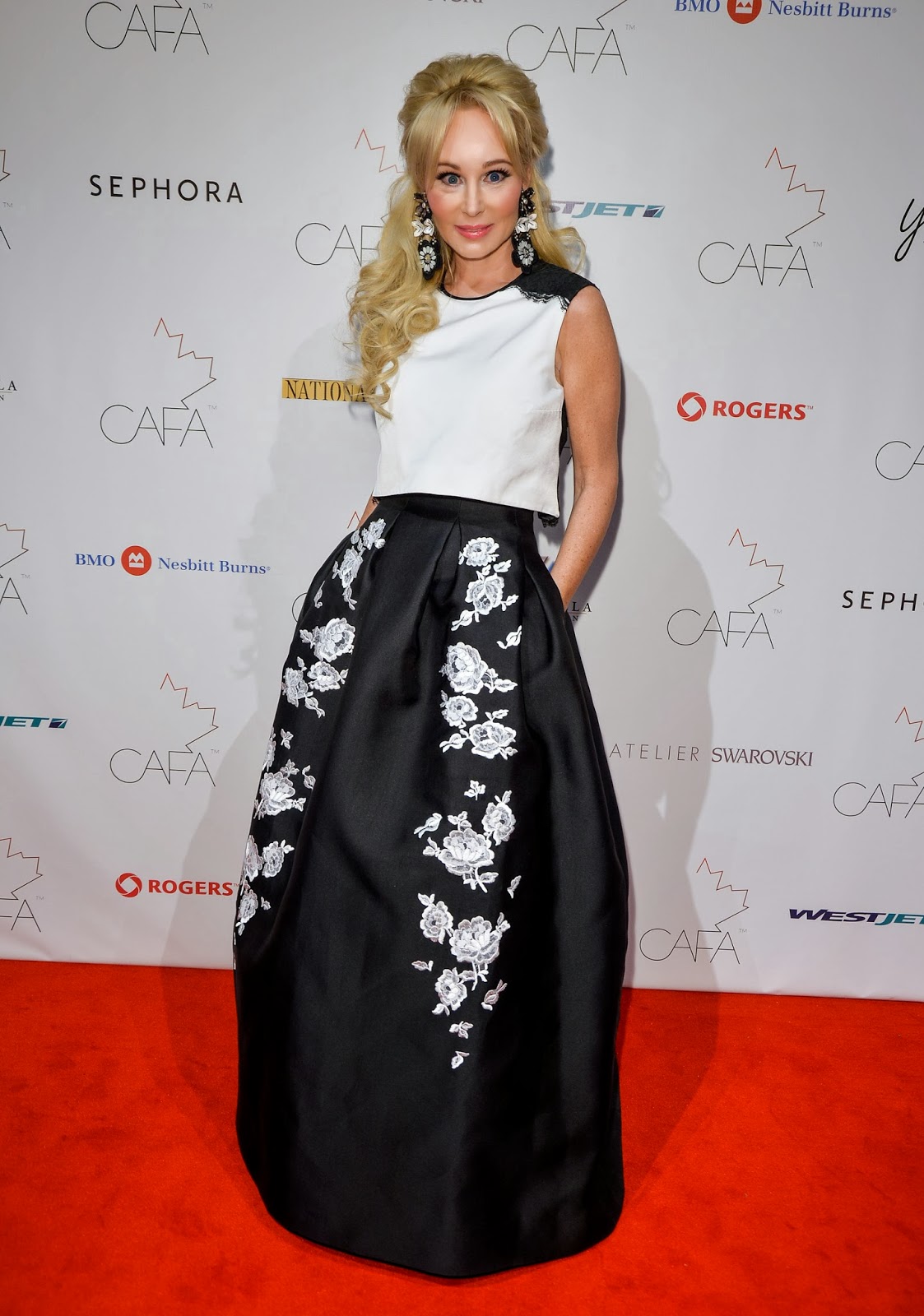 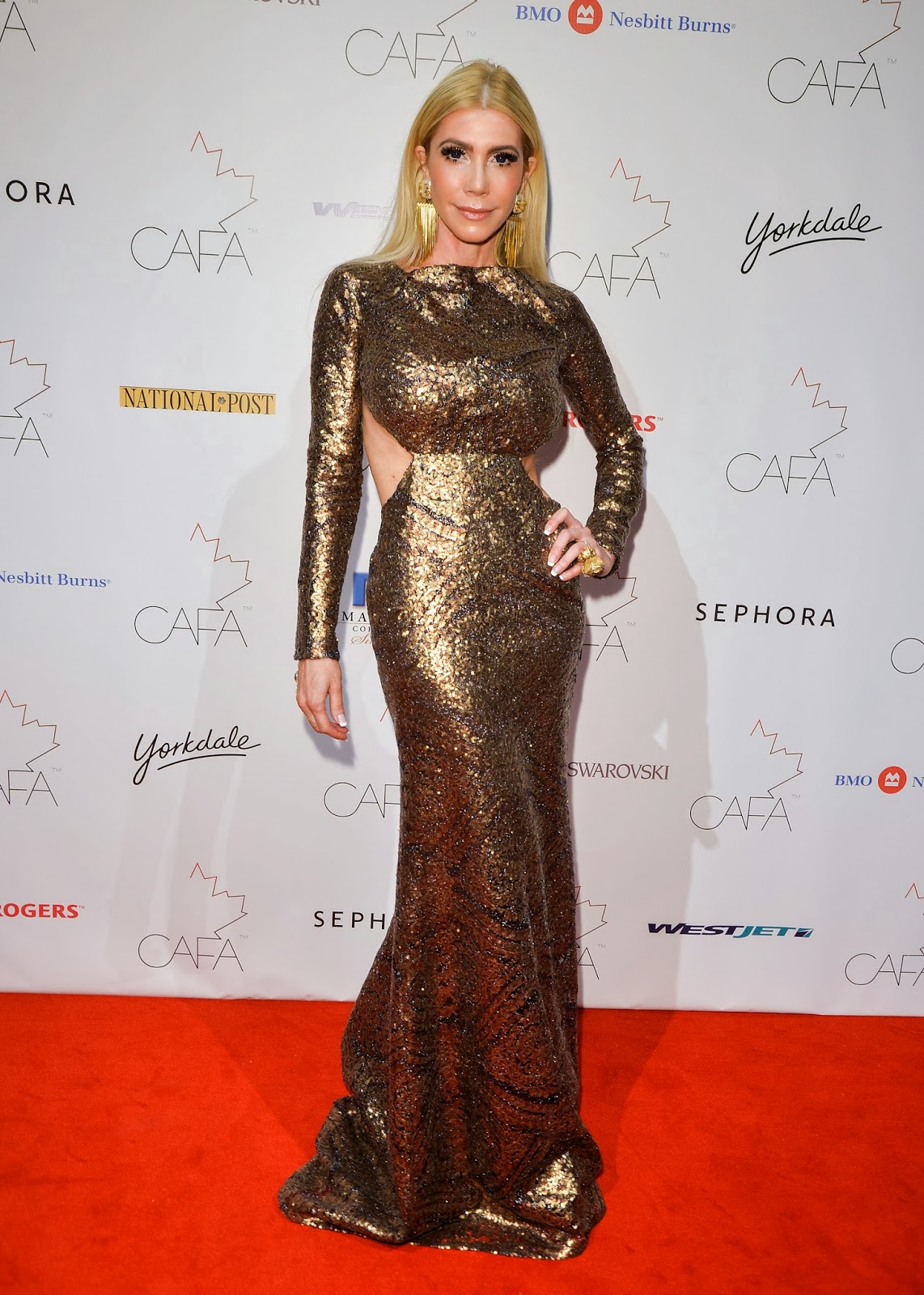 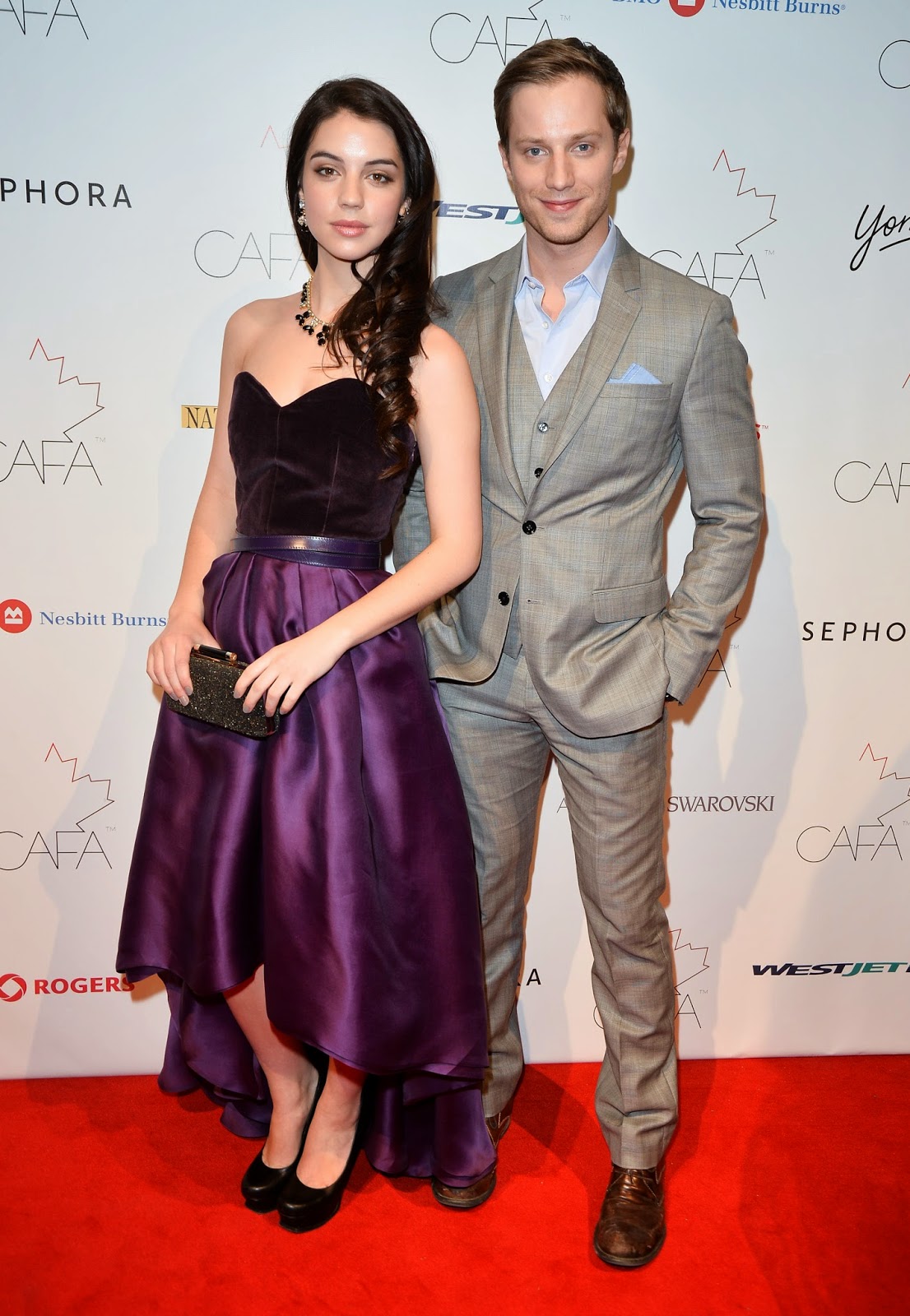 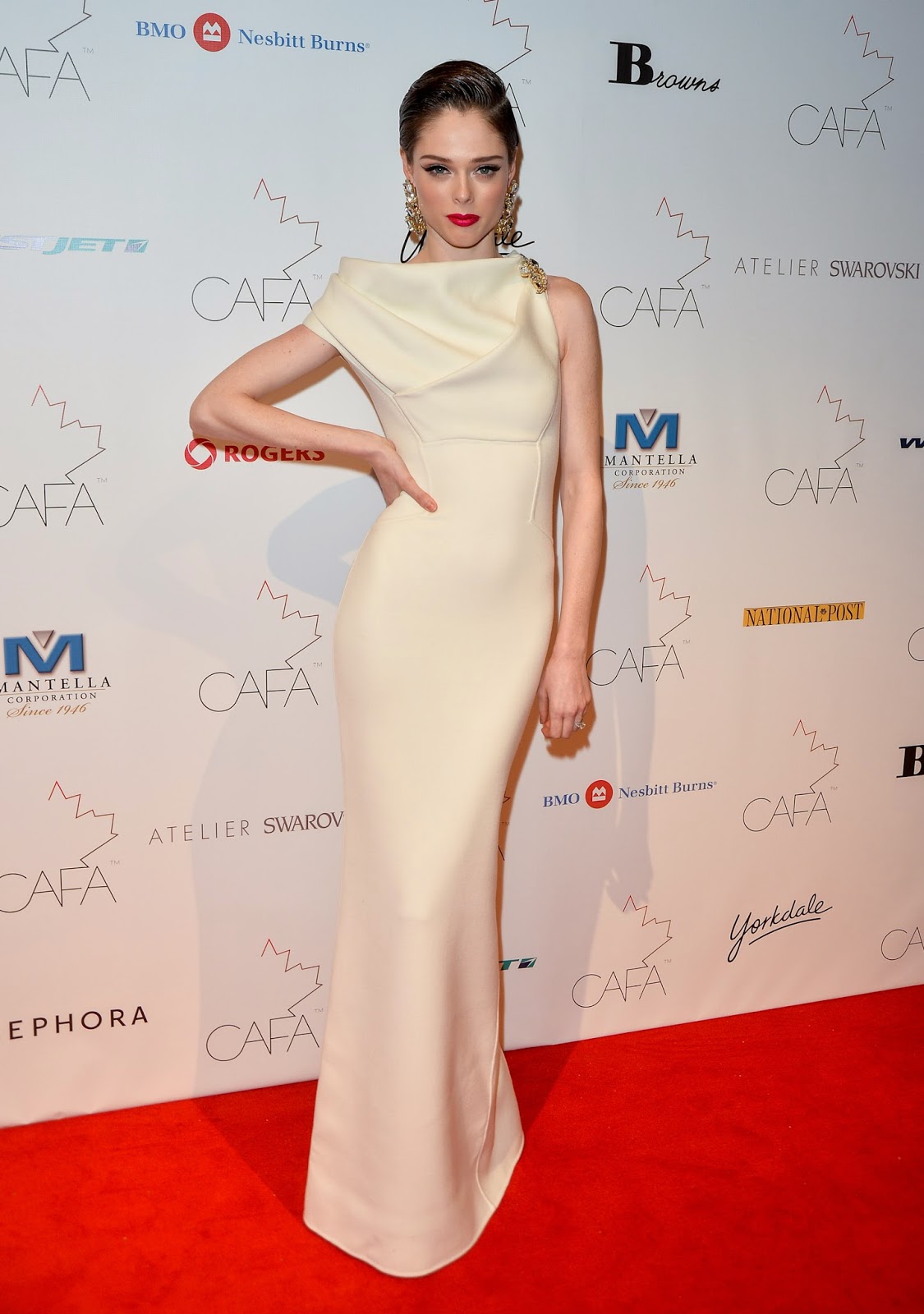 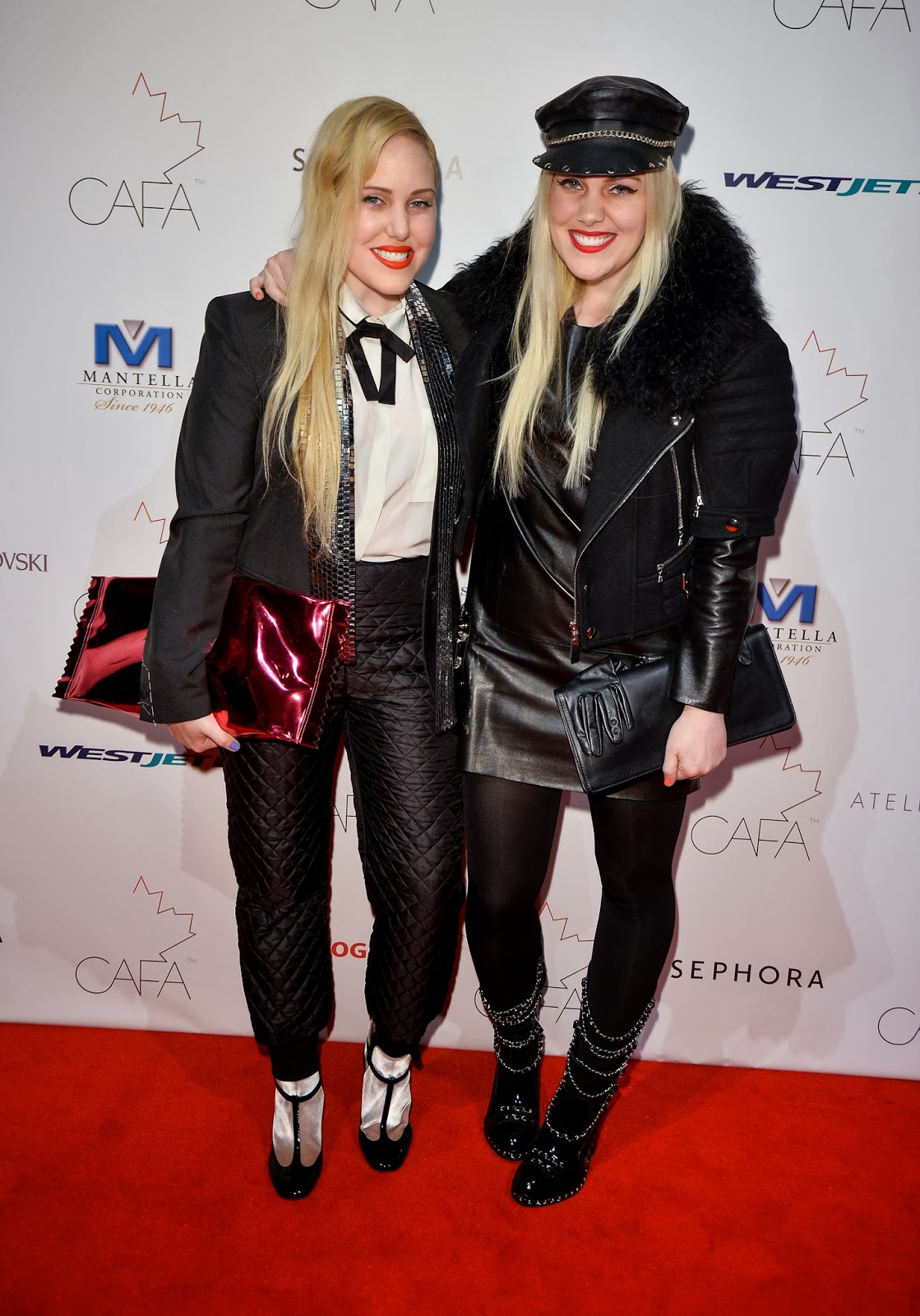 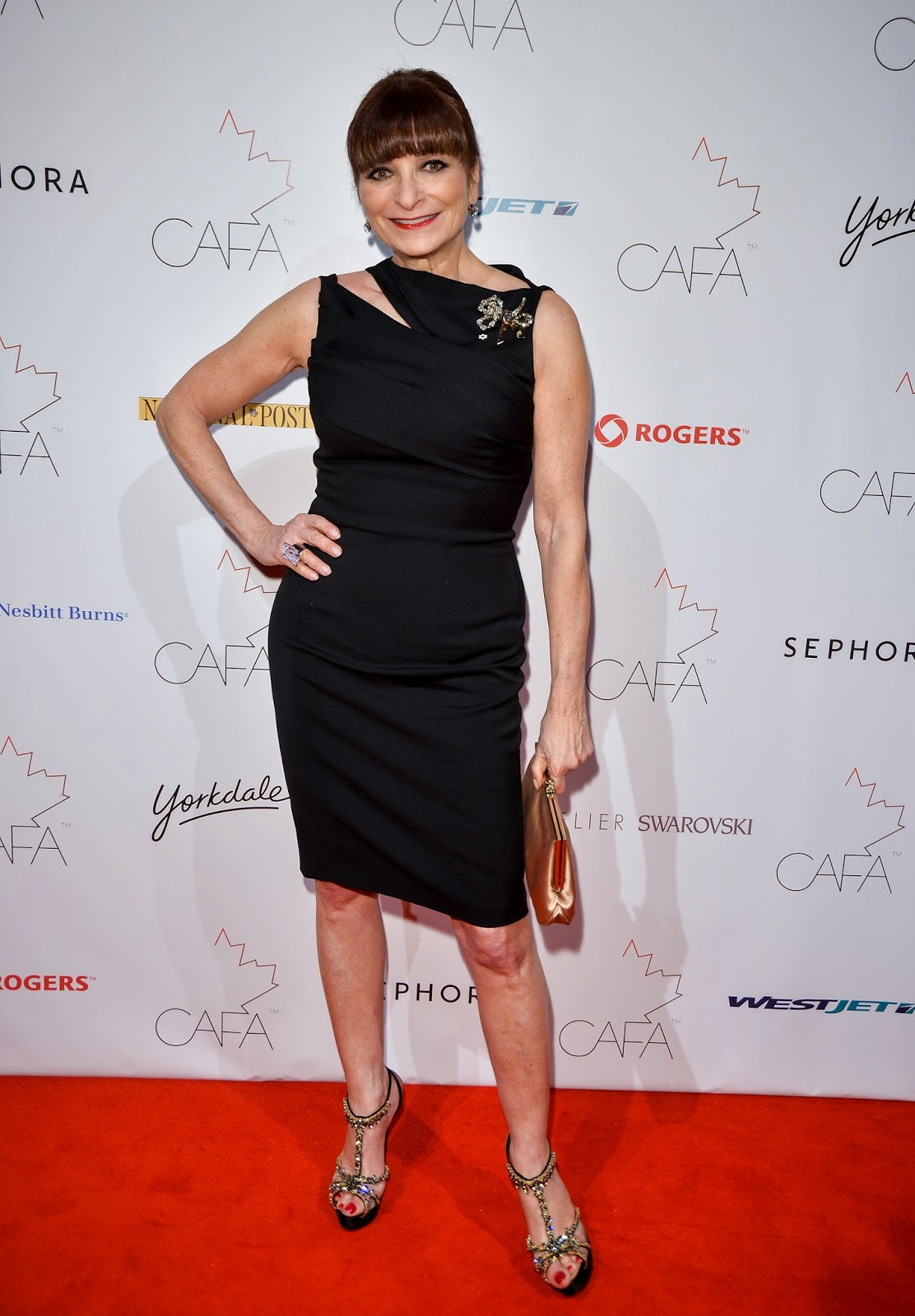 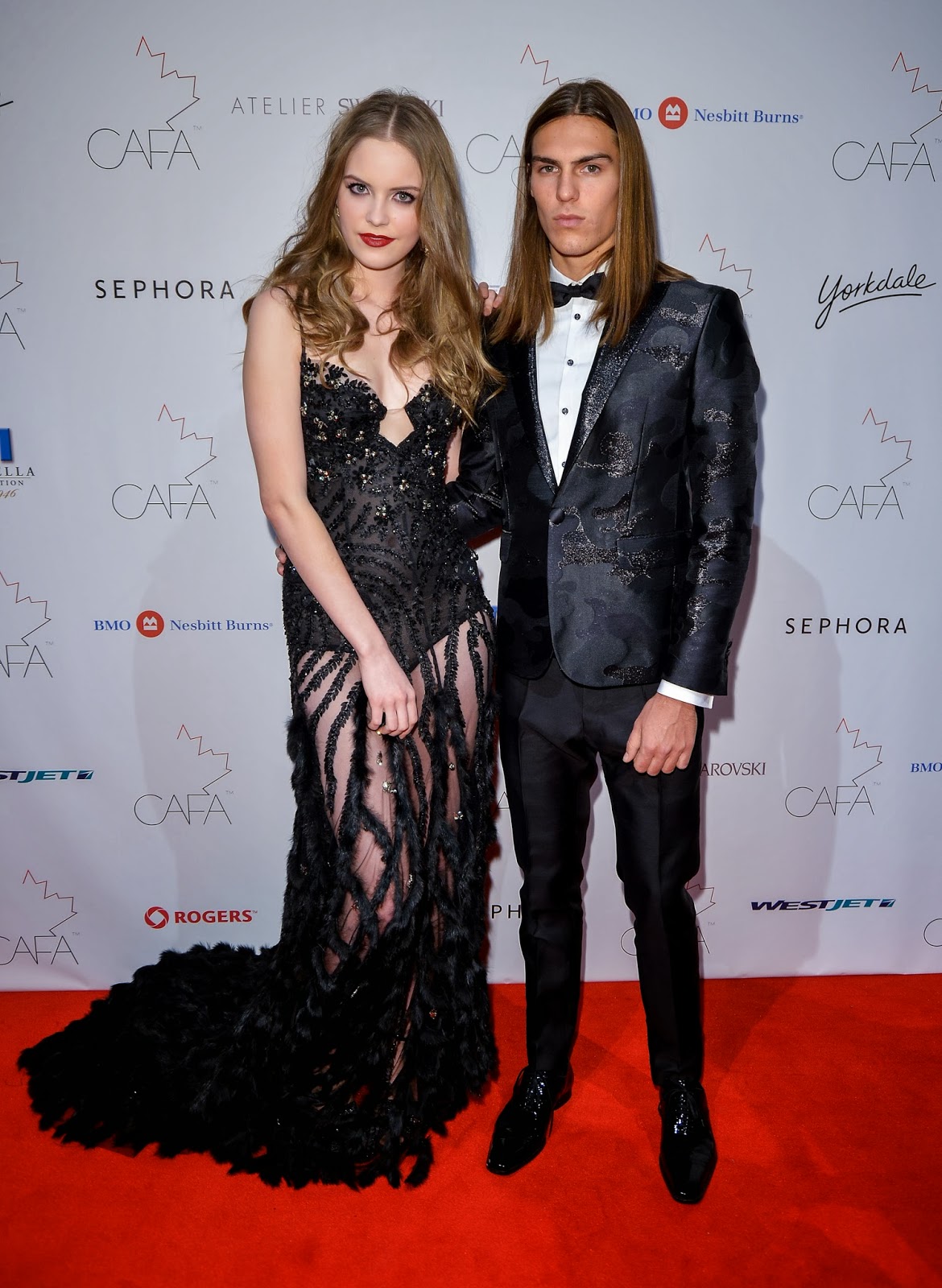 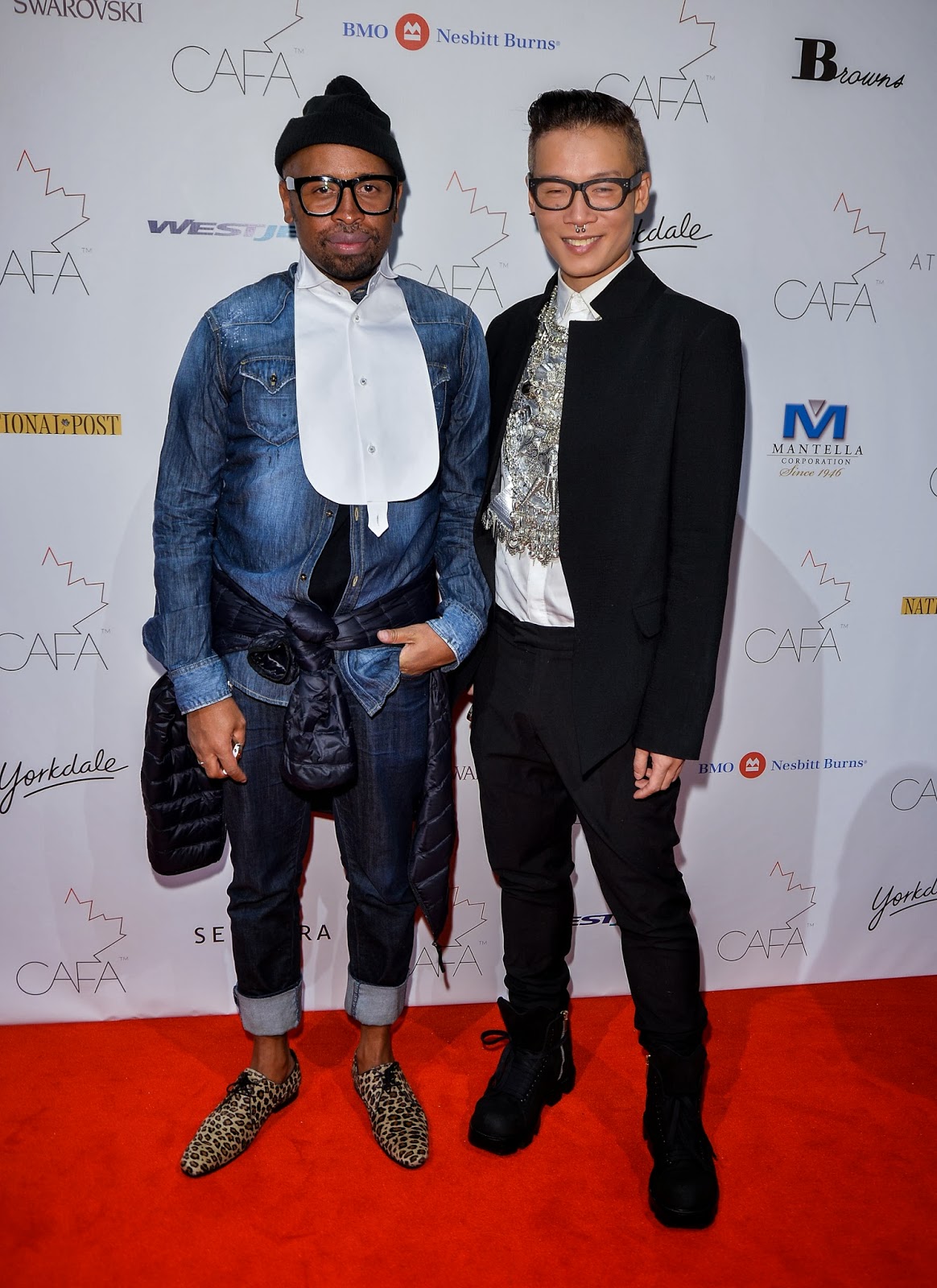 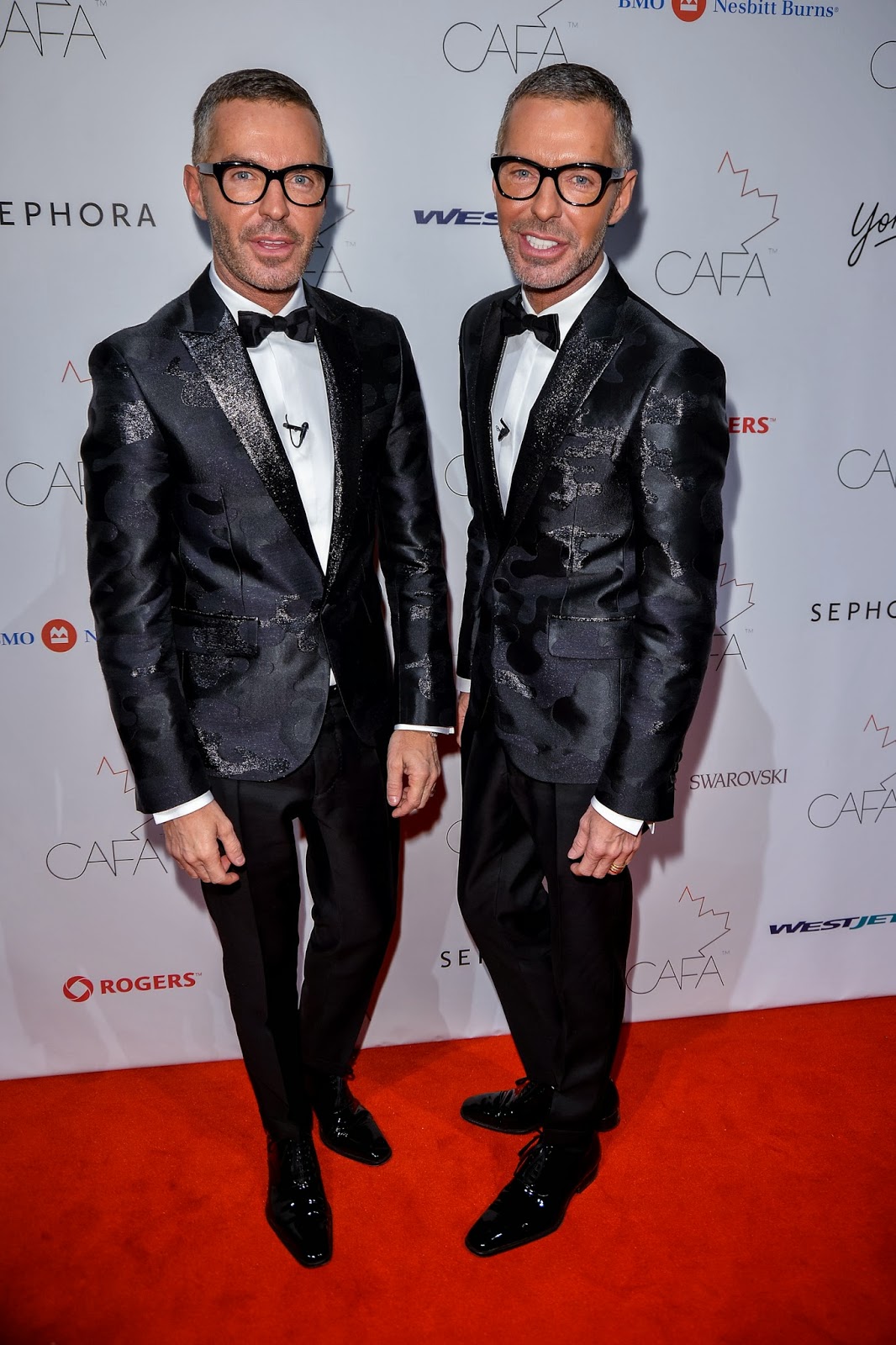 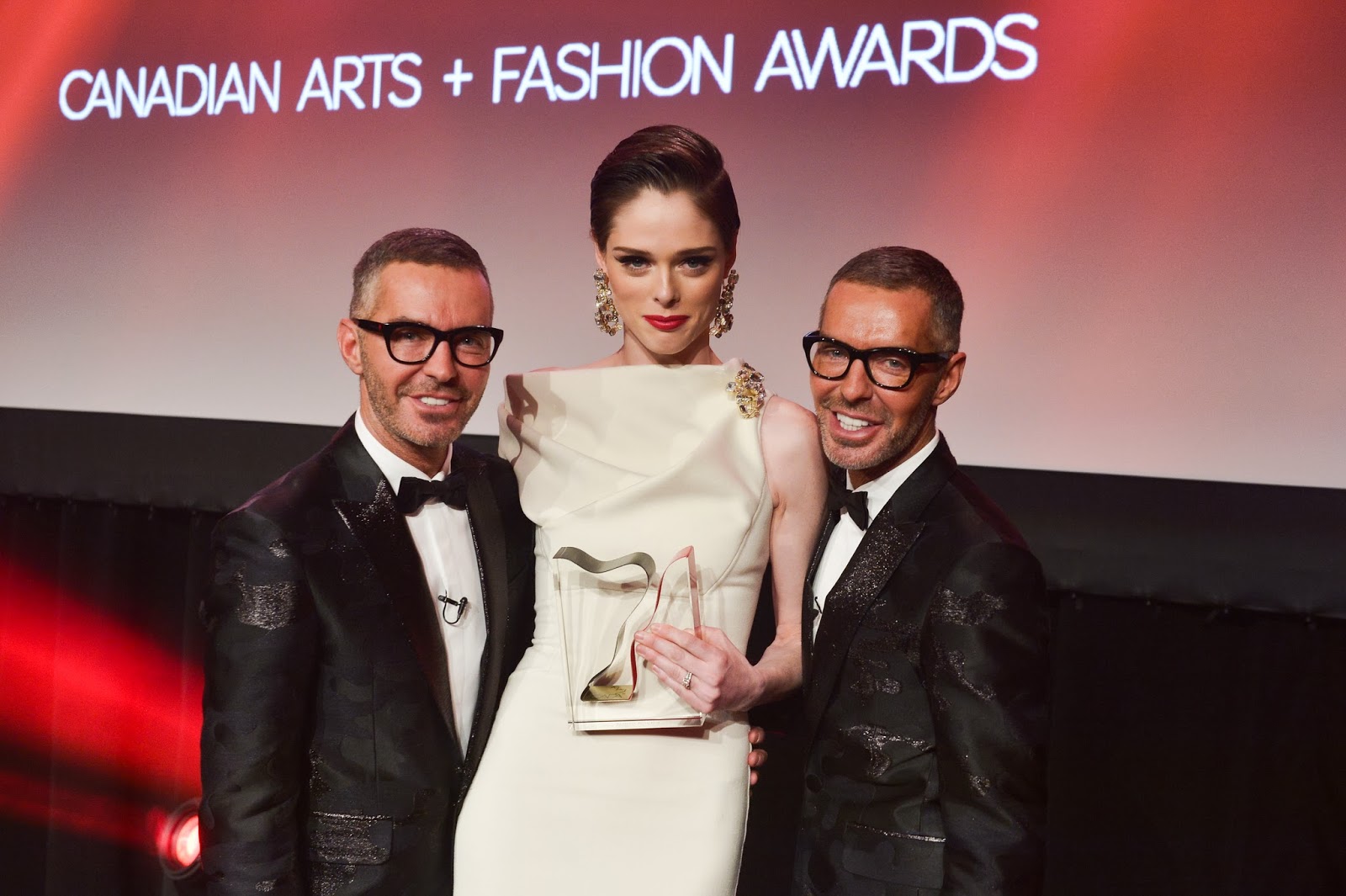 After the red carpet the guests were ushered into the grand gala at which the awards were announced! There were ten unique categories each with lists of extremely talented designers and legends. Everyone who F&B Inc spoke with on the red carpet expressed how hard it must have been to select the winners for everyone nominated was equally deserving! Without further ado…the 2014 CAFA winners were…

Womenswear Designer of the Year: Jeremy Laing
Menswear Designer of The Year: Travis Taddeo
Outstanding Achievement:  Dean & Dan Caten (DSQUARED2)
Accessory Designer of The Year:  Dexter & Byron Peart (WANT Les Essentiels de la Vie)
Canadian Style Award:  Joe Mimran
Image Maker of the Year: Chris Nicholls
International Designer of the Year: Dean & Dan Caten (DSQUARED2)
Stylist of the Year: George Antonopolous
Model of the Year: Coco Rocha
Emerging Talent Award: Sarah Stevenson
Congratulations to everyone who took home a CAFA on Saturday night! It will no doubt be an award to treasure for a lifetime! After the gala dinner a chic after party was hosted by Sephora to celebrated the success of the evening. It is definitely safe to say the Canadian Arts & Fashion Awards were fabulous and will become one of the most hotly anticipated days of the fashion calendar for years to come.
Stay tuned on F&B Inc for more CAFA coverage coming soon including an all-new video on www.youtube.com/fabincblogtv featuring interviews with some of the hottest celebs on the red carpet!