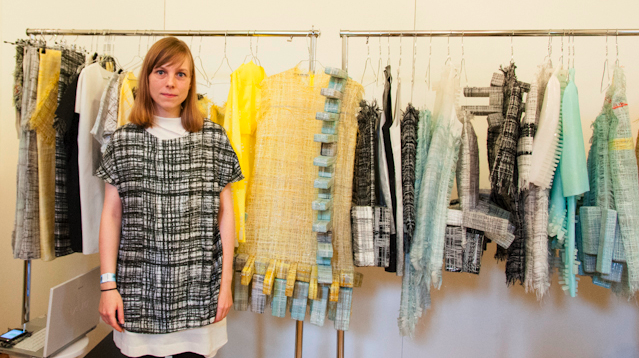 Hellen van Rees is a Dutch fashion and textile designer whose eponymous label is one of the fastest growing in all of Europe! Hellen van Rees’ collections debut during London and Paris Fashion Week and her shows are always hotly anticipated! It should also be mentioned that Hellen Van Rees clothing has caught the eyes of some pretty big pop stars…including Lady GaGa! That’s right, Mother Monster is a major Hellen van Rees fan. Hellen Van Rees has an abstract art feeling to her clothing and all of her pieces have an edgy, avant-garde vibe. In the designer’s own words her line is: “very textiles based, handcrafted, elegant womenswear with a futuristic twist.” 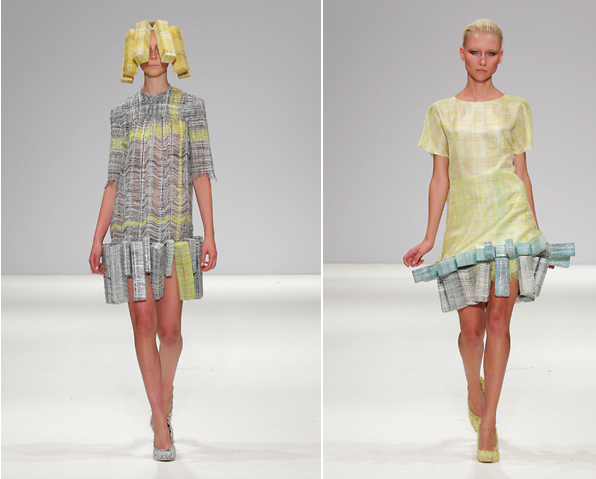 Hellen van Rees didn’t grow up dreaming of a future in fashion design, “I knew I wanted to do something creative from a very early age, but the interest in fashion came much later, when I was a teenager and during my studies.” (Hellen started her label after graduating from Central Saint Martins in 2012) Since starting her own label Hellen has been obsessed with the world of fashion. “Being able to create something from scratch, something new and unique is what I love about being a designer” says van Rees. 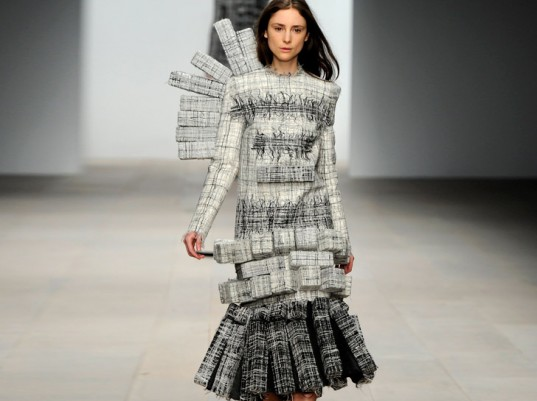 Hellen van Rees is inspired by classic womenswear silhouettes as well as contrasting textures and the patterns she sees in art illustrations. When it comes to designers Hellen looks up to she admits there is a range “I look up to successful designers in general, since it’s not an easy thing to be/become. Especially designers that have been around quite a while but who seem to be able to re-invent themselves all the time. It’s a team effort as well of course. But examples Coco Chanel, Nicolas Ghesquiere and Rick Owens.”

For Hellen van Rees, there are always new opportunities and accomplishments on the horizon! Hellen loves showing her collections at London Fashion Week and Paris Fashion Week “I get to talk to a lot of interesting people who give me valuable feedback on my work. Now that I’ve done it for a few seasons, I’ve seen some people multiple times, and it’s good to notice they remember my work and support it.” says van Rees. Of course it can also not go unmentioned that this talented young designer was just shortlisted for the LVMH Young Fashion Designer Prize!
Hellen van Rees has been selected as one of thirty incredible designers out of over one thousand applicants to continue to the semi-finals of the LVMH Young Fashion Designer Prize. The semi-finals will take place on the 26th and 27th of February in the fashion capitol of the world…Paris, France! All semi-finalists will have the chance to show a selection of their best work to a panel of industry experts including Karl Lagerfeld, Marc Jacobs and Phoebe Philo to name a few. The winner will receive a coveted cash prize and personalized mentorship from the LVMH team. No one deserves this prize more than Hellen van Rees and F&B Inc wishes her the very best of luck!
Overall, Hellen van Rees is an amazing designer who has exhibited wonderful talent and artistry with her label! F&B Inc looks forward to watching her grow with her future collections which will no doubt be fabulous!