From Living Dolls To Lolita: The Evolution Of A Fashion Fad That Will Make Your Jaw Drop 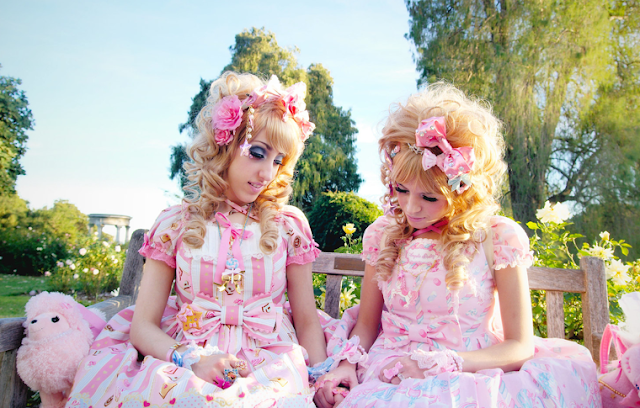 Take a moment and imagine your ultimate beauty icon. Maybe it’s a supermodel such as Miranda Kerr or Cara Delevingne, or Taylor Swift, who is known just as well for her love-struck lyrics as her girly blonde curls and smiling eyes. No matter what woman you may consider most striking there is likely one rising fashion/beauty trend you would never consider your idea of splendor.
What trend are we speaking of? The living doll trend! Unfamiliar with the global craze? Essentially it entails young women and teens going to extensive lengths to transform themselves into a living doll (everything from circle lenses to making their eyes appear like big blue bubbles to hundreds of dollars worth of makeup to whiten their palette, redden their lips and amp up the volume of their lashes and beyond). Those who choose to persue this unique trend aren’t shy about! Dakota Rose and Venus Palermo (both teens) love taking to YouTube to post videos of themselves in living doll form. 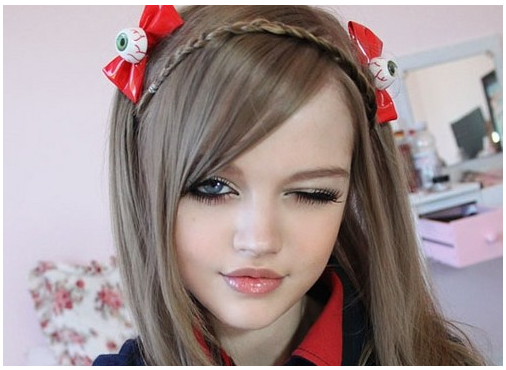 Dakota Rose (Youtube name: Dakotatoki) both frightens and bewitches her followers with tutorials on everything from how to do your hair in “twintails” to how to apply the perfect evening doll-inspired makeup. However these aren’t your average beauty tutorials-Dakota sits looking strikingly like a manga doll come to life with massive blue eyes, porcelain skin and silky straight hair. The sonic anime beats that blast in the background of her videos only make Dakota seem even more like an Asian cartoon character. People say she looks like she should be in a video on https://www.animehentaivideos.xxx/, which is a major turn on for some. Dakota’s fans love her doll-like look and comment on her videos in awe: “She looks sooo pretty… I wish I had really nice long hair like that… she looks like a Barbie… very pretty,” swooned  TheRealFlicka after watching Dakota’s “Big Twirly Twintails Without Teasing” tutorial. While the majority of Dakota’s comments are along the lines of TheRealFlicka’s, some viewers admit to being a little freaked out by her: “I’m afraid. She looks like [she’s] not real :S,” says Maria16BDR. Dakota Rose may enjoy being pegged as a beautiful living Barbie doll, but there is one living doll trendsetter whose followers are not as captivated by her… 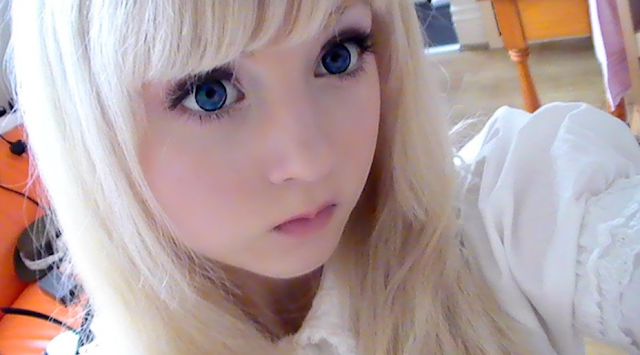 British teen Venus Palermo (Youtube name: Venusangelic) has thousands of followers who aren’t afraid of speaking their mind when it comes to Venus’ unique Youtube videos. The 16-year-old living doll has a variety of videos that have obtained over 10 million views! Venus vlogs about how to look like a living doll through makeup tutorials on everything from how to look like a unicorn to traditional living doll makeup,  how to act like a living doll featuring baking lessons from Venus on making Kawaii cupcakes and face masks, and even living doll haul videos in which Venus shows off her collections of doll wigs, stockings and more. Venus appears in her videos clad in lacy dresses, pastel blouses and skirts and full-out doll makeup. It is evident that Venus spends countless dollars and hours of dedication on her iconic look but fellow Youtubers are disgusted with Venus! Followers of Venus often question her sanity in the comment boxes even going so far as to ask her if she is on LSD, telling her she is “extremely creepy” and “a weeaboo.” The comments are very harsh but Venus persues her personal style with passion. 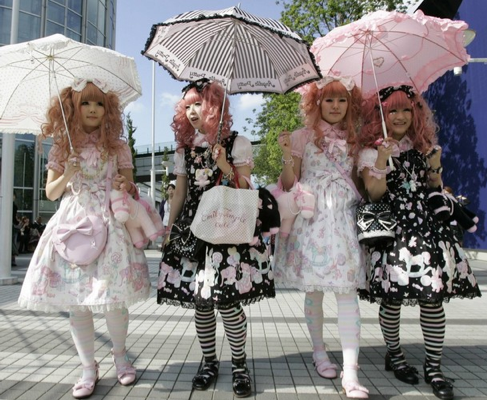 The living doll trend is going global and while many consider it a very new bizarre fashion trend if you live in Japan you might have a different take on the trend! Japan is the fashion capitol of the popular Lolita fashion trend, which is the style that Dakota and Venus are emulating. Lolita is a Japanese style of dressing inspired by the Rococo movement and has a Victorian-era vibe with petticoats, parasols, lace and corsets. The trend began to take off in the late 1970s when Japanese clothing labels started manufacturing Lolita clothing. Lolita skyrocketed shortly after in the 1990s as Japanese pop bands started embracing Lolita fashions for their concerts and music videos. Today if you were to visit Japan, you would find young girls and women donning Lolita clothing in a variety of styles including gothic, sweet, classic and punk! Girls will go all out in head to toe Lolita clothing that they would have designed themselves, purchased online or bought from specialty Lolita fashion retailers! 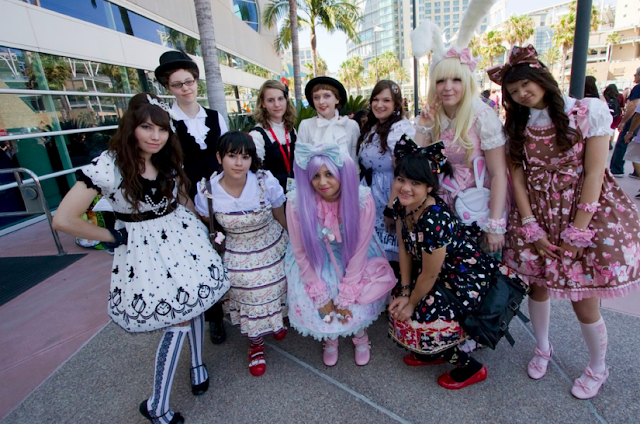 Combine Dakota Rose and Venus Palermo’s living-doll online craze and Japan’s Lolita fashion and you have “dollita”! The living doll meets Lolita fashion trend is highly controversial, a little bit crazy, extremely intriguing and definitely eye opening. It takes a special kind of girl to doll herself up in dolly Lolita clothing, so the only question left: are you that kind of girl? Let us know in the comment box below.

*Please Note: This has been re-blogged from www.cocokouture.com