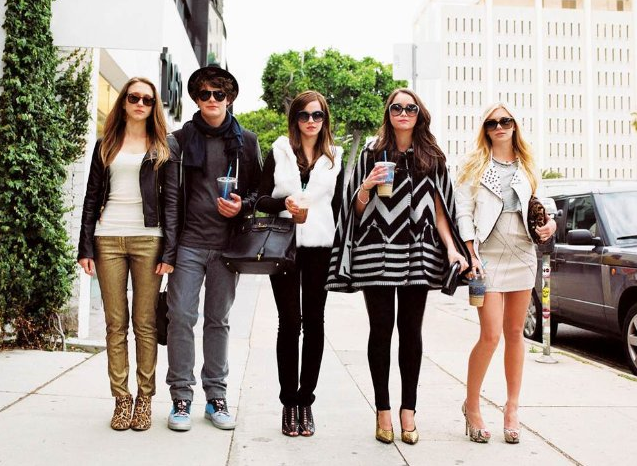 “I just think we wanted to be a part of…like…the lifestyle. The lifestyle that everyone kinda wants.” justifies Bling Ring character Marc played by Isreal Broussard who, along with his fellow on-screen clique (Katie Chang, Claire Julien, Taissa Farmiga and Emma Watson) loot the ‘drobes and drugs of Hollywood’s hottest stars in Sofia Coppola’s all-new drama/ documentary “The Bling Ring” which is set to hit theaters internationally Friday June 21st. The movie is inspired by true events after a circle of fame-obsessed teenagers used Google Maps and TMZ among other websites to crack into the homes of Paris Hilton, Lindsay Lohan, Megan Fox, Rachel Bilson and Miranda Kerr among others from 2008-2009. What made the crew of burglars so unique was their need to document their bling constantly flaunting their stolen fashions on the streets, online and anywhere else they could show-off their illegal riches. 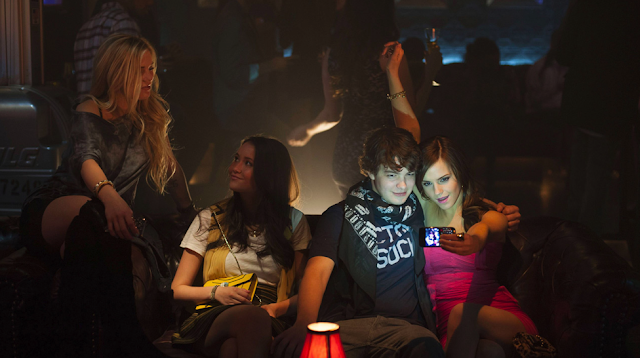 Following the scandalous and risky lives of the Hollywood Hills Burglar Bunch The Bling Ring takes viewers inside the minds of the friends who gave it all up for a chance to strut in a celeb’s stilettos. The Bling Ring demonstrated how everyone wants a slice at fame and fortune and for some starry-eyed teens they’ll do anything for their shot at the lime light. Filled with suspense and drama the movie is receiving excellent reviews online and generating a massive buzz from movie buffs and fashion fans eager to see the flick. Not convinced this movie is for you? Keep reading for the top 5 reasons this summer flick is a can’t-miss… 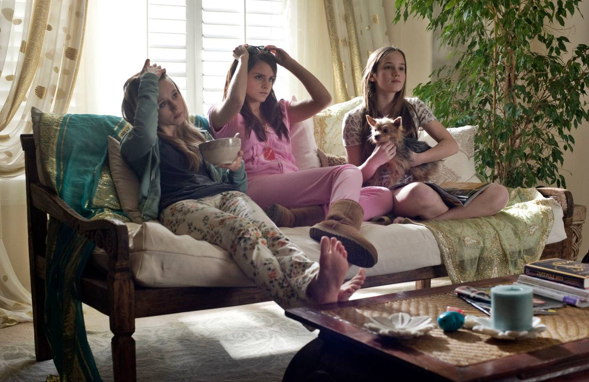 Everyone loves following celebrity style and The Bling Ring is a all about teens who are addicted to the Hollywood lifestyle! Each outfit the clique rocks is amazing from high heels that make you instantly swoon to designer duds that are impossible not to love, this movie seriously serves up chic fashions! It’s definitely worth checking out this movie if even just to see what the teens rob and rock on the streets!

The Bling Ring constantly will have you on the edge of your seat! Every minuet the teen burglars spend agonizing over what to steal and whether or not they are being watched leaves audience members in constant suspense! The rush of adrenaline the SoCal thieves experience on screen will flood into the movie theater and leave your heart racing just as fast as the stars of the movie!

Emma Watson is in this movie….what more needs to be said? Ms. Watson’s incredible talent aside, this movie also showcases the acting abilities of a roster of up and comers sure to blow your mind! It’s always exciting to see new Hollywood celebrities bloom and this movie features some of the future’s brightest lights. 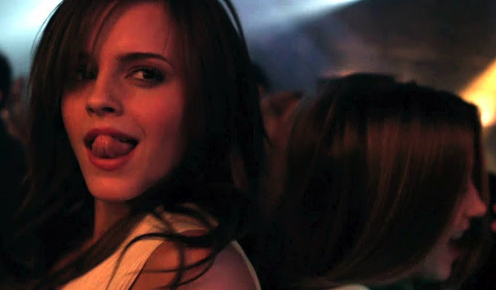 There is no denying that The Bling Ring is bound to be one of the hottest movies of Summer 2013 and there are no doubt an endless number of reasons to check out this flick as soon as it hits theaters. Check out the amazing trailer bellow for final incentive on why there really is no missing this movie…

What are the top reasons you’re excited to check out this movie? Leave a comment bellow to let F&B Inc know..
*This is a submission to IFB’s Project #100: List Post